Gihosoft Free Video Joiner helps to join videos of different formats. This free video joiner software supports all common or popular video formats (like MP4, MKV, etc.), lets you preview the input videos, and start the video merge process to create a long video using multiple videos of different formats. While some other similar tools come with limitations or can join only one or two types of video files, this software is better. 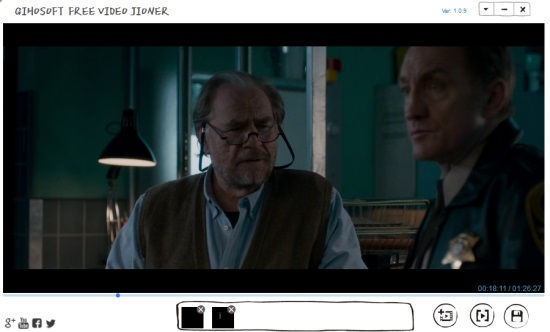 In the screenshot above, you can see its simple interface where the number of input videos and preview of input video is visible.

How To Use This Free Video Joiner to Join Videos of Different Formats?

Go to the homepage of this software and get its setup. Install it and open its interface. Its interface will show the steps that you need to follow to join multiple videos. You need to use that plus button available at bottom right side to add video files. You can also drag n drop video files on its interface. Supported video formats are: MPG, MP4, MPEG, AVI, FLV, ASF, MKV, MOV, M4V, MTS, RM, 3GP, RMVB, 3G2, TOD, VOB, TS, TRP, TD, etc. 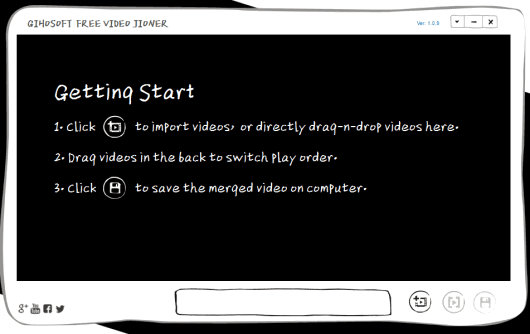 Apart from video formats, it also supports different audio formats, like WMA, AAC, MP3, MP2, etc. I thought it can join or merge audio files also, but it didn’t do that. So I wasn’t able to figure out the purpose of supporting audio files. If you want to merge audio files, then you can try some other audio merger software.

Anyways, let’s move further. When the video files are added, you can see their tiny thumbnails at the bottom middle part. You can drag n drop thumbnails to arrange the position of videos for output. You can also remove any video from the list by closing its thumbnail. 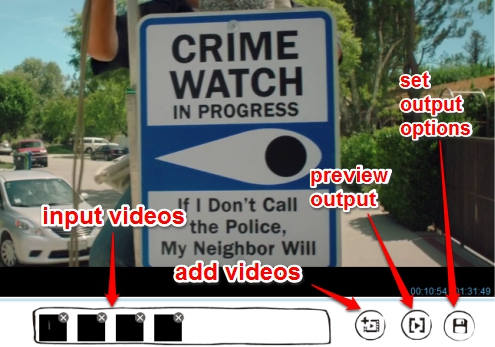 Before you start video joining process, you can also play any input video for preview. Finally, you can press Save button for video joining. It opens a pop-up in which you need to select the output folder and output format. MP4, WMV, MOV, and AVI formats are available for output. 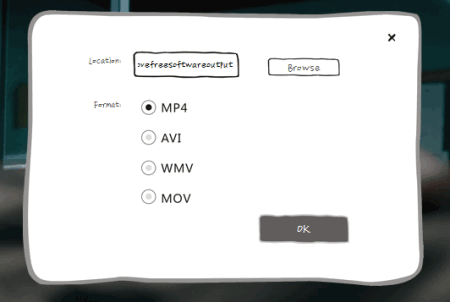 When the output is ready, you can play it in any media player of your choice.

Advantage of this free video joiner over other similar software is that you can add as many files as you want of different formats to join them together. The support for different types of video formats makes it very useful. I also like its user-friendly interface where joining multiple video files is a matter of few mouse clicks. It doesn’t come with advanced features like dozens of output formats, output quality, output audio bitrate, but if you really need a very simple video joiner that has all important features, then this software is a good choice.