Sometimes, while accessing the system files you often get error message that you don’t have permission to access. Though you can overcome that but that it is a tricky method. And if you don’t have enough knowledge about users and permission, then you can rely on this freeware. Whenever you want to take ownership of a file and replace an operating system’s file, then you can do that. 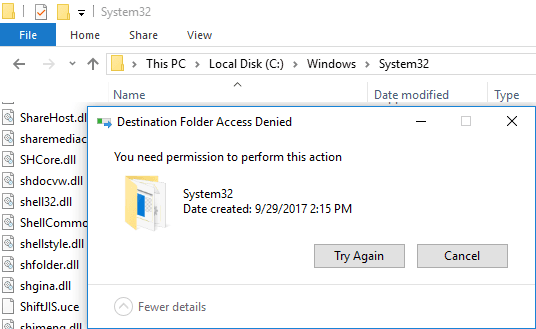 How to Replace and Take Ownership of any System File?

SysMate – System File Walker makes it easy to replace system files even if you can’t access them with current user rights. Just specify the path of the target system file in it that you want to replace with something else. After that, you can choose one of two hijacking methods that it uses to take ownership.

Here are couple of steps to demonstrate how to use this software to replace and take ownership of a system file.

Step 1: Get this free software from here and then you can run it right away as it is a portable tool. On its main interface, there are two fields that you can use to specify a target file and the original file that you want to replace.

Step 2: So, specify the system file and the file that you want to to replace it with. Next, hit the Start button and then you can choose one of the hijacking methods that it shows. You can select any method and then proceed. It will replace the specified system file and you can see the log of operations on its interface.