You can actually do that with the help of various web browsers for Android, third-party apps, etc. In this post, I will explain some of those webs browsers and apps that can be used to play YouTube videos in the background. This can come in handy if you only want to listen to the YouTube videos while working on other apps. Most of them even work when your screen is locked.

Let’s get started with the methods.

How to Play YouTube Videos in the Background using Google Chrome:

Google Chrome for Android comes with a simple option that can help you run YouTube videos in the background. Not just that, you can also use other apps on your Android phone while the video is playing. Just follow the steps below to do that.

Step 1: To get started, the first thing you need to do is open up Google Chrome browser on your Android phone. After that, tap on the “Dotted” icon at the top right corner and then enable the “Desktop Site” option. 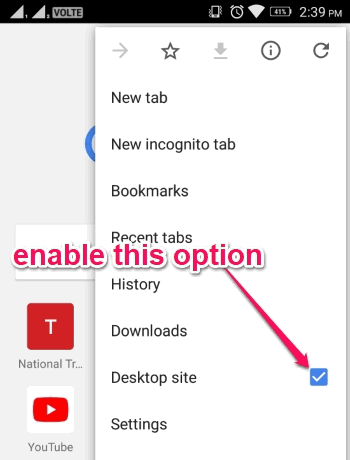 Step 2: As soon as you do that, all the websites that you browse in Google Chrome will open up in the desktop view.  Now, open YouTube in the browser and you will see that the YouTube’s desktop version is visible. 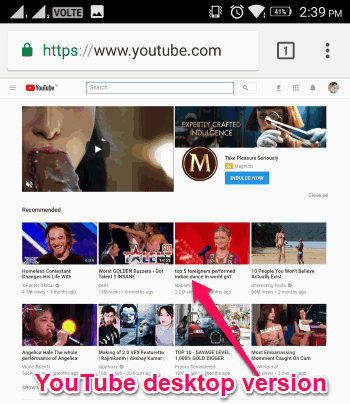 Step 3: After that, play any video you want on YouTube and then minimize the Chrome browser. Now, you will notice that the video is still running in the background and you can listen to it. You will also see a “Speaker” icon in the notification tray which you can extend to play or pause the video. 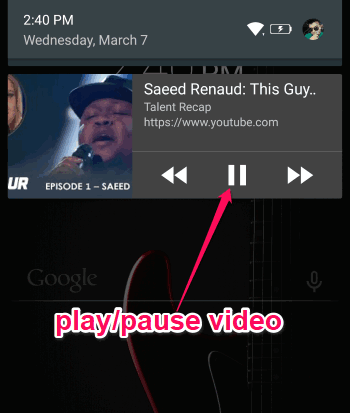 How to Play YouTube Videos in the Background with Mozilla Firefox:

Mozilla Firefox for Android also comes with a native option which can help you play YouTube videos in the background. This one will also allow you to use other apps simultaneously. To do that, you can go through the steps below.

Step 1: After installing Mozilla Firefox on your Android phone, simply open it up and then click on the “Dotted” icon visible at the top. Then from the menu, you would need to enable the “Request Desktop Site” option. 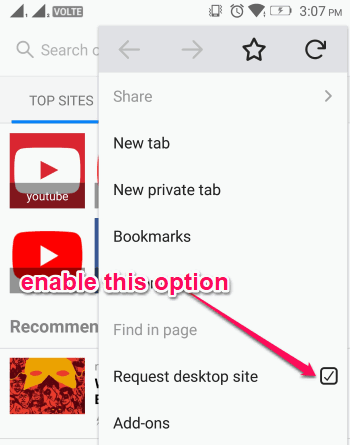 Step 2: Once you do that, you will be able to browse all the websites in desktop mode on Firefox. Now, open YouTube and then you will see the typical web interface of YouTube, as shown below. 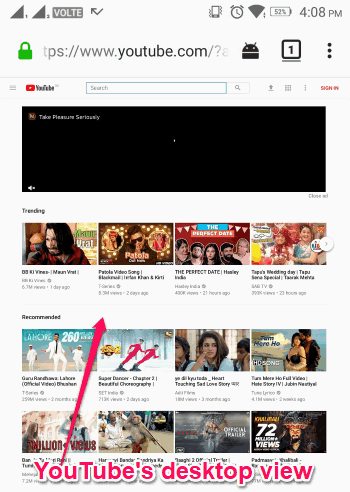 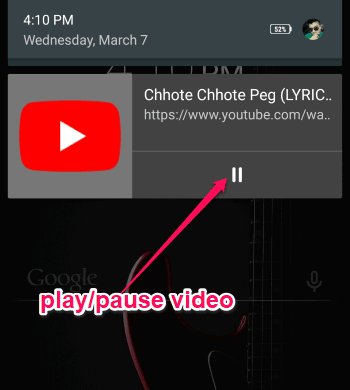 How to Play YouTube Videos in the Background using Microsoft Edge:

The Microsoft Edge browser can also be used to play YouTube videos in the background on Android. Similar to Google Chrome and Firefox, this one lets you browse websites in desktop view, which will ultimately help you do the task. You can even use other apps while the video is playing. You can simply follow the steps below to do that.

Step 1: First, install and open up Microsoft Edge browser on your Android phone and then browse YouTube. After that, tap on the “Dotted” icon visible at the bottom right corner. Then select the “View Desktop Site” option from the menu. 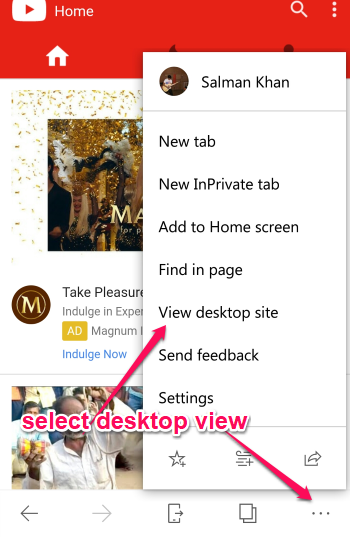 Step 2: As soon as you do that, the YouTube’s interface will change to the native web interface that you normally see on the desktop. Now, find and play any video which you want to run in the background while using your phone.

Step 3: Once you play the video, you can now minimize Microsoft Edge without worrying about the video being stopped. It will keep playing in the background and you can simultaneously use other apps or do anything you want on your phone. 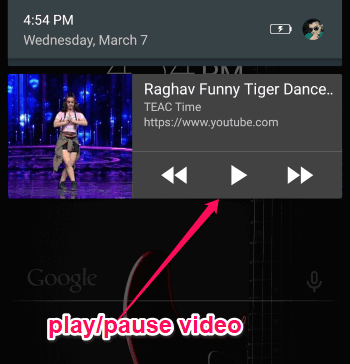 Minimizer for YouTube is actually a free app to watch YouTube videos on your Android phone in a small minimized window. Apart from that, it also lets you hide the entire player from your screen while keeping the video playing in the background. For that, you would need to follow these steps.

Step 1: After installing this app on your phone, simply open it up and then you will see the YouTube’s interface. Now, search and play any video you want. 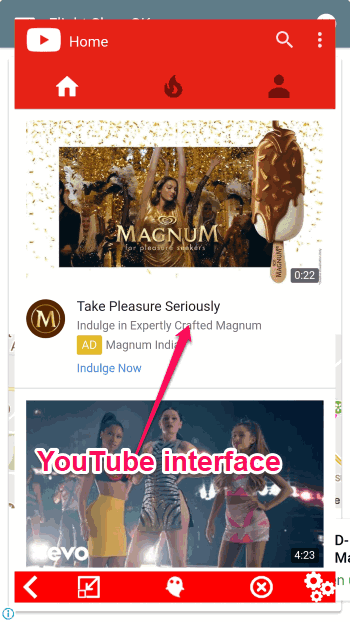 Step 2: When you do that, you will see a “Ghost” icon at the bottom of the screen. Simply, tap on this icon and then the video player will hide from the screen and go into a ghost mode.

Step 3: Similar to the web browsers explained above, this one will also show an option in the notification tray using which you can play/pause, and repeat the video. It also comes with an option to play the next video in the background. 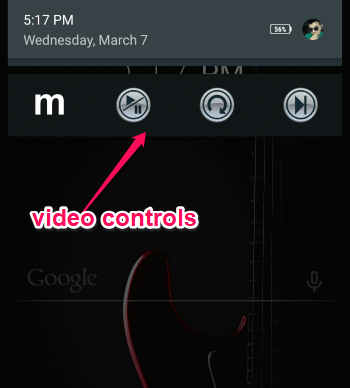 How to Play YouTube Videos in the Background with Floating Tube:

Floating Tube is another third-party app which allows you to play YouTube videos. Similar to “Minimizer for YouTube”, this one also lets you watch videos in a small minimized window. In addition to that, it lets you play YouTube videos in the background on your Android phone. For doing that, follow the required steps below.

Step 1: When you open this app, you will see the interface is quite similar to that of the YouTube official app. Now, go ahead and play any video you want. 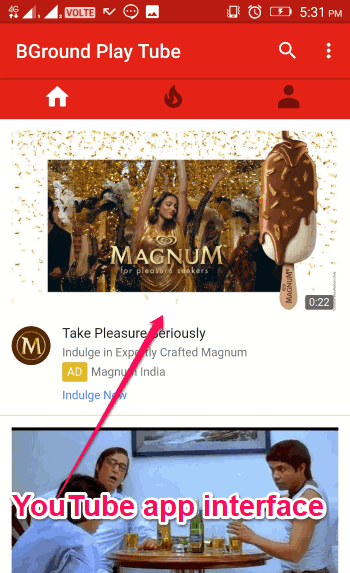 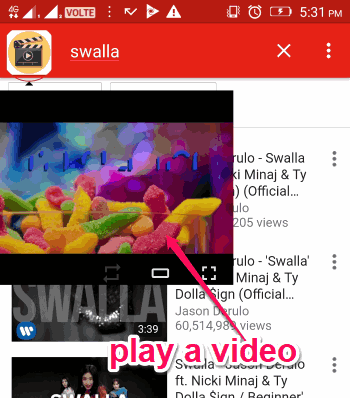 Step 3: Even though you can use other apps while the video is playing in the background, the app icon popup will still be visible on the screen. That’s a small icon, so it can’t disrupt you from doing your work on your phone. You will also see the play/pause controls in the notification tray of your phone. 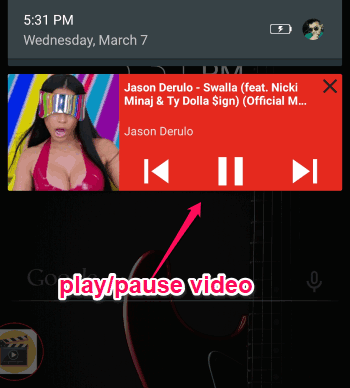