Into the Dead is a Free runner game app available on iPhone, iPad, iPod Touch and Android Devices. It is a simple, yet interesting but not a horror game as the name suggests. The game play is catchy and offers a variety of zombies.

Today, infinite running games have become quite a thing. All because of Temple Run. But finding one which distinguishes itself from the crowd is the trick. Into The Dead is exactly the runner game which makes its own identity. You crash land in a horde of zombies and now you run for whatever that life you’ve got. 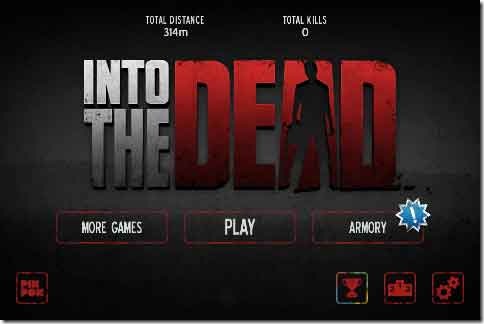 But beware, this is not one of those nice looking casual games. It’s a dark game and the difficulty escalates pretty quick. You can’t expect the zombies to give a way, right? But that does not mean that the controls are annoying, just like Temple Run, your character is extremely easy to control. And over that you can choose your own control scheme.

The game starts off pretty quickly and grabs your attention as it is a first person perspective game. You are no more a camera hovering over your runner, but the runner itself. You see the horror as if you’re seeing it from your own eyes. What more? The harshly escalating difficulty you often experience jump-scares, which makes the game all the more exciting. 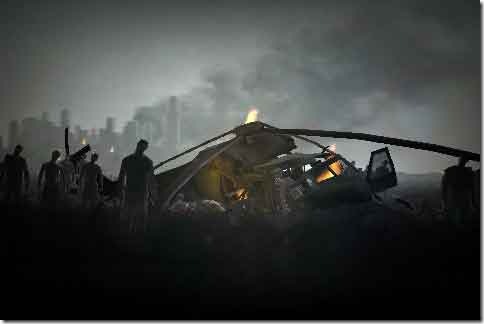 But it’s not running for the maximum distance. There are weapons. You unlock them by either paying or finishing up the required segment. After they’re unlocked you may encounter them in the weapon crates found on field. Then comes the boosts. So this game is not just about running, instead, surviving amongst the zombies. 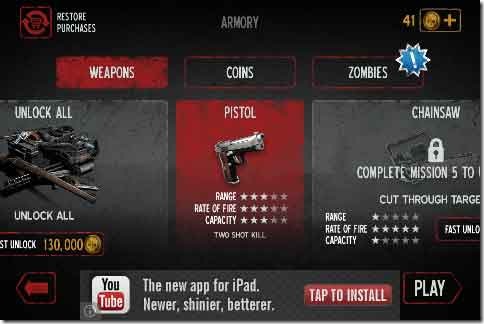 Like every game, this one is not perfect. Although the game-play is flawless and the only issues you encounter are with finding the right control scheme. The part where this game lacks is the realism in the environment. But when you’re trying to run out of a horde of zombies, who gives an eye to such details. 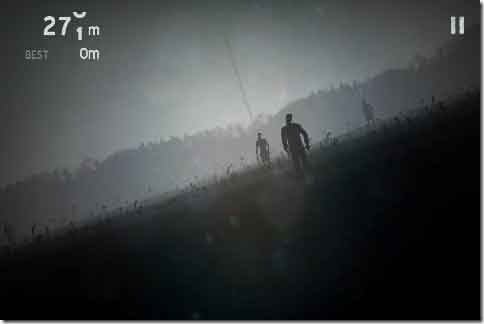 But like most of the runner games out there, the answer to these remain pointless when fun over shadows them.

Keeping these in mind, I whole heartedly rate it 3 out of 5.

Check out this free game for Android and iOS.