The game includes a total of 20 characters, which you can upgrade and customize as per your style. You can also take part in races, unlock new tracks, and build your own Radiator Springs. For your own Radiator Springs, you can add different buildings like Fillmore’s Taste-in and Luigi’s Casa Della Tires. There are about 30 buildings to choose from. The one cool feature is that you can build your own custom race tracks by adding different hurdles to it. 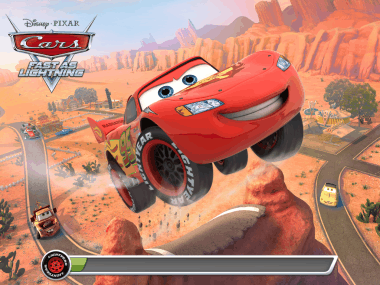 When you launch Cars game for iPad, you will be welcomed by a little conversation between Lightening McQueen and Mater. They will help you learn the concepts of the game so that you can race better and win. 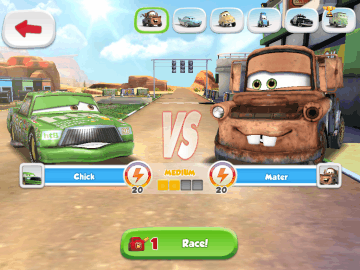 Each of the race is unique in its on way. You will get to race with different opponents and different race tracks.

On defeating your opponent, you will earn stars, which will help you in enhancing and personalizing the game playing experience as per your wish. 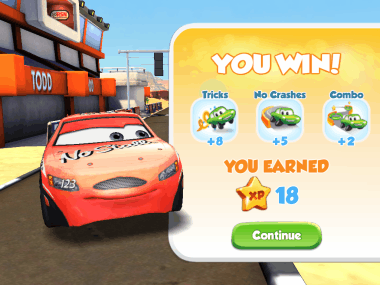 By winning multiple races, you have to clear levels. On clearing each level, you will unlock new cars and new extra benefits.

In the screenshot below, you can see the interface, which is showing the Radiator Springs. You can enhance it and customize it the way you want. You can open up new buildings, shops, etc.., visit garage for upgrading your car and do many more fun stuff. 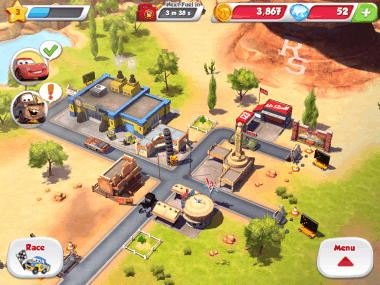 You have to pay a specific amount of coins or gems to open different buildings and shops. It is like an investment, as these buildings, shops, etc.. gives you coins on a regular basis, which results in a stable source of income. On collecting coins and gems, you can unlock higher locked items. 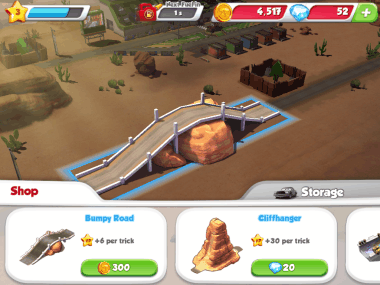 The game also lets you connect your Facebook and Game Center account for competing against friends and checking ranking on the leaderboard.

You may also like: 5 Free Car Racing Games for Android.

Cars is an awesome iPad game which you will definitely love to play.  The game has all the ingredients, which you will expect from an official Cars movie game for iPad. So all Cars fans, do give it a try and others, do try it; you might end up becoming a fan.