Here is a list of 5 free bike racing games for iPhone using which you can have the experience of speed, stunts, and thrill directly on your iPhone.

You might have played various bike racing games earlier on your PC or iPhone but in this article, I am going to tell you about off-the road bike racing games for iPhone. In these games, you will not be making your tires burn on the smooth highways instead you would be running your bike on hard and rough tracks like on buildings, wooden planks, buses, trucks etc.. Apart from making the bikes run, you will also be doing stunts like real xbikers. So get ready to go on an unique off the road journey which is full of thrill and adventure. 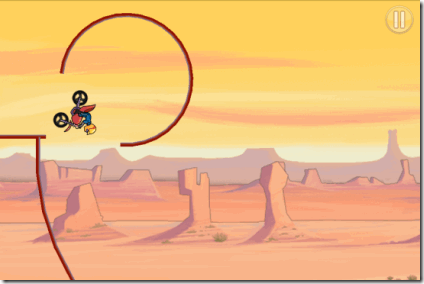 The first bike racing game for iPhone is Bike Race Free. It is one of the most popular bike racing game on iTunes App Store. In this game, you have to make your bike run on the tracks consisting of different hurdles and loops. You need to tap on left to stop the bike and tap on right to accelerate. If you want to do stunts or balance the bike in air, then tilt your iPhone forward or backward. This game is based on Physics concepts as you have to keep an eye on everything like height of jump, angle required to do stunt, height of hurdles and size of loop etc.

The game consists of 14 main levels with each of them having corresponding sub-level. To cross each high level, you need to have a minimum amount of stars in your account. You can collect stars by competing sub-levels and performing stunts. The game also has a multi payer mode but it gets unlocked only if you have completed a few races in single player mode. 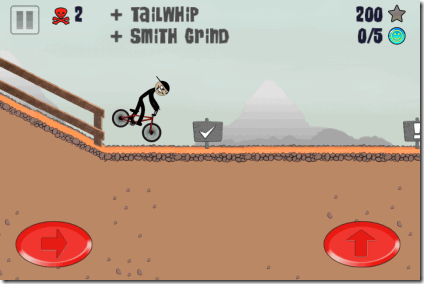 The next bike game for iPhone is Stickman BMX Free. This game is a combination of stickman and BMX biking. It is also the sequel to the famous Stickman Skater. In this game, you play as a BMX biker who is riding his bike on tough tracks like inclined ones, sloppy one, stair railings, and various hurdles. You also have to do stunts if you want to earn some extra points. This game has almost all the stunts which are performed by a real BMX biker. While performing the stunts, you also need to analyze your surroundings as well because it might happen that you did a wrong stunt at wrong place which will make your biker fall from the bike. The game has 3 lives to clear each level.

Each level consists of various check points which you have to clear to get points and rewards. The game has a total of 8 levels for you to play in free version while rest can be unlocked by going for paid version. 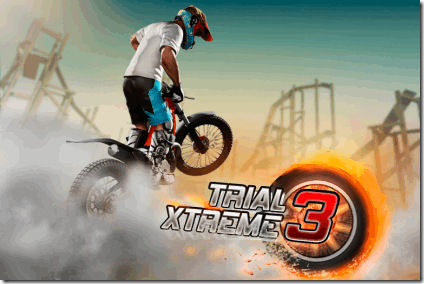 If you are a fan of 3D and real looking games with amazing effects including sound, then Trial Xtreme 3 game is the one for you. The game gives you a feeling of a real life Xtreme biker with real looking tracks, costumes, bikes, and even real physics. By real physics here I mean that the game play is like real life with the laws of physics (like Friction, Gravity, etc.) applied to it.  You can choose from various arenas for playing the game: Norway, Sport, Beach, Port, and Ravine.

While playing the game you have to reach the finishing line in the minimum possible time. You are awarded with virtual dollars on each completion of a track along with bonus dollars for performing the stunts. You can use these dollars to customize and upgrade both your biker and bike. Upgrading both of them will help you in clearing the harder levels. One unique feature of the game is that when you have completed any track, then you can also choose to compete with the shadow of the topper of that track. 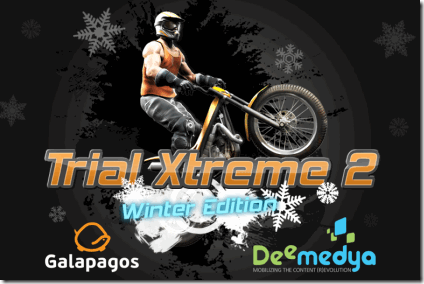 The fourth game in the list is TrialX2 Winter Free. This game is also developed by the same developer who developed Trial Extreme 3. One of the major difference in both the games is that you have to do all the stunts and racing in Winters with snow all around you. This game uses NVIDIA PhysX engine to make you feel the Xtreme biking experience in winter. This game supports both buttons as well as tilt controls. You can use anyone as per your choice.

The game has a total of 11 levels in free version with each of them having its own unique set of tracks, hurdles, difficulties and amazing experience. While playing the game, you can feel all the crash, jumps, bumps and flips on your way to the victory. 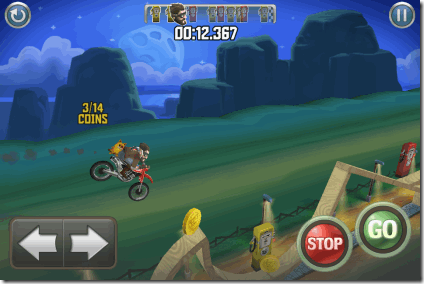 Bike Baron Free is the last bike racing game for iPhone in this list. This game also has 3D graphics just like most of the above mentioned games. The game has 4 levels: Easy, Medium, Hard, and Extreme. Each of these levels contains sub-levels which you have to complete to go to higher levels. This game also includes various tracks, hurdles for you to clear including the stunts also. For calculating the final score, the game counts time taken to reach finish line, stars collected, and whether you beat the best time or not.

One unique feature of the game is that it also lets you create your own personal track. It means that you can choose to create your own track with personally selected hurdles and objects.

With this final app, I conclude my 5 free bike racing games for iPhone. Get these games to go on an adventurous ride full of thrill and stunts. Don’t forget to mention the name of the game which you liked the most. My favorites are Trial Xtreme 3 and Bike Baron Free.