You can download this Windows 8 currency converter app from the link provided at the very end of the article. The provided link will automatically re-direct you to the Windows Store from where you can download and install Your Currency Converter onto your Windows 8 device. After installation just run Your Currency Converter app from the start screen and you will have the app window with a nice interface in front of you as shown below in the screenshot. 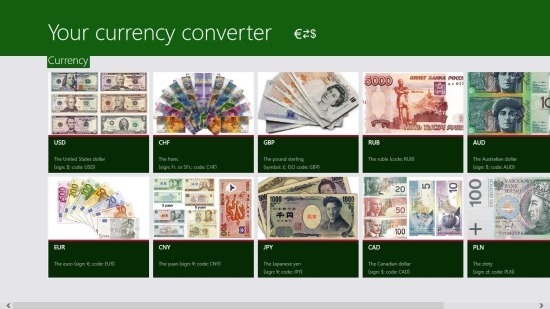 To do a conversion simply find the currency that you want to convert to other from the list and then click on it’s tile and you will be taken to the interface as shown below in the screenshot. Here you are provided with the sign of the currency, little information about it and the enlarged view of the thumb. Now all the list of currencies to which you would like to convert the base currency are listed on the right part of the app window. Just select the currency of your choice from the list and then you will have the interface as seen in the next screenshot. 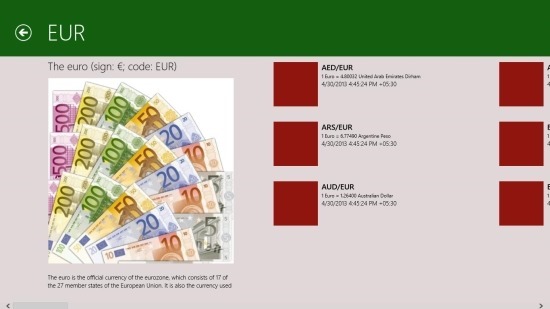 Now you are presented with the date and time at which the data was updated and the rate of the currency. Here you are provided with a textbox in which you are supposed to enter the amount of currency that you would like to convert. 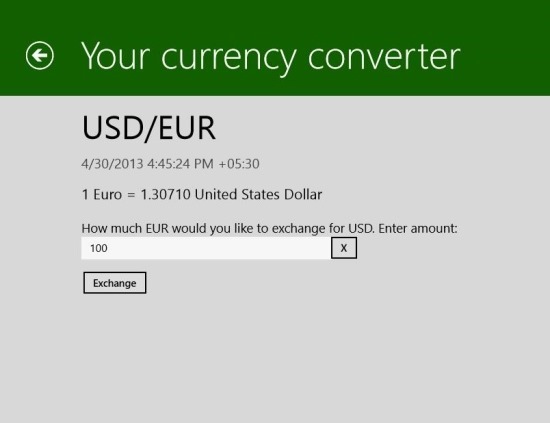 Just enter the currency that you would like to convert in the text box as stated above and click on the ‘exchange’ button after this you will be presented with the conversion in the form of a popup dialog as shown below in the screenshot. 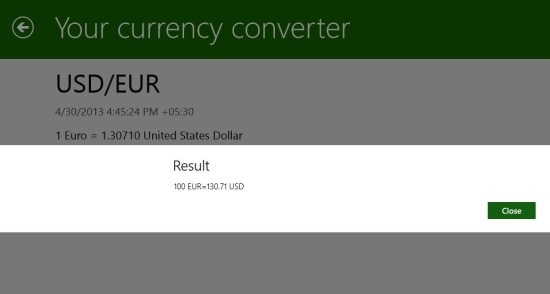 Get this Window 8 Currency Converter app form the Window Store by clicking here. Also try out Callista Currency, Monetizer, and XE Currency which are other popular Windows 8 concurrency converter app.