Free MP4 player is a free software that lets you easily play MP4 files. It is a bare bones media player that does only one thing: Play MP4 files.

MP4 is a popular media format to store video files. It is also known as MPEG-4 Part 14. The file extension of such files is MP4.

Some of the media players are not able to play MP4 files out of the box, and might need some special codecs to be installed. However, if you don’t want to do that, you can just install this free MP4 player. 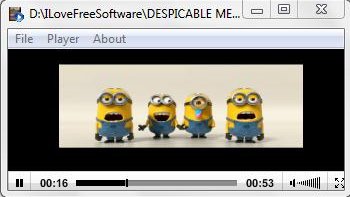 Download size of this MP4 player is just 644 KB, so it won’t use up your precious hard drive space. Once you download the exe file, just double click on it to start the installation process. It will complete the install within a few seconds.

How to Play MP4 Files with MP4 Player:

The interface of this MP4 player itself is quite minimalistic. There aren’t any complicated options. Just go to File menu of this MP4 player, and select the file that you want to open, and it will immediately start playing the media file.

Only controls available are play, pause, stop, and volume control.

Apart from that, you can easily toggle between window mode, and full screen mode. 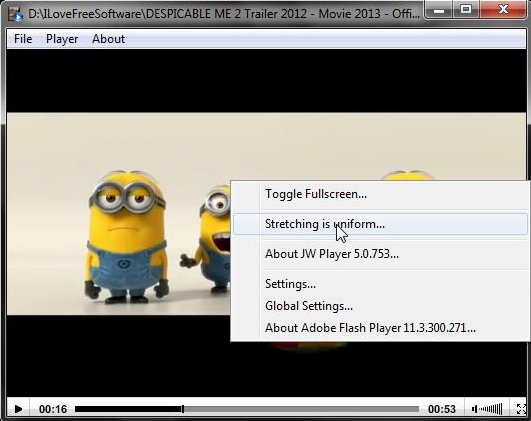 This MP4 player also lets you stretch the video file to take the complete horizontal space, or the exact fit (the size in which the file was originally made).

Note: Most of the popular media players like RealPlayer and BS.Player support MP4 files. So, you won’t need this for them. However, if your player does not supports MP4 player, this free MP4 player would be a nice help.