This desktop client for To-Do app has some other interesting features also, which are not available in official To-Do app. It comes with different themes (Sepia, Dark, and Black), hotkey support for list navigation, and zoom in/out feature to view lists and to-dos. So, apart from using To-Do app from desktop, you can enjoy other features also using this software. 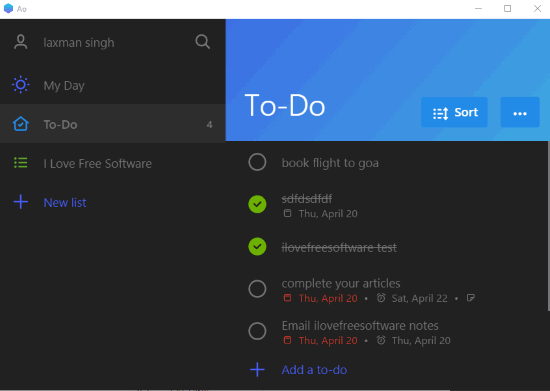 In the screenshot above, you can see the interface of this Microsoft To-Do desktop client with dark theme enabled. Its interface is replica of Microsoft To-Do. Everything is just same except a few features as mentioned above.

Get the portable EXE file of this Microsoft To-Do desktop client and launch it. It is also available for Linux and Mac. When its interface will open, you can sign in to your To-Do account to access the to-dos and to-do lists. 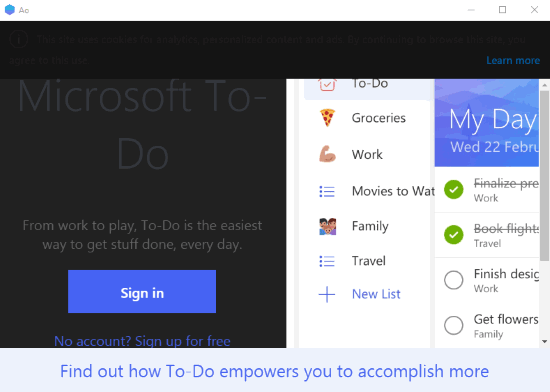 On the left side, you will see My Day and other to-do lists created by you. You can also create new to-do list using the left section. The rest of the section shows the list of to-dos available in the selected list. Using that section, you can add new to-dos, mark any to-do as completed, and hide/show completed to-dos. 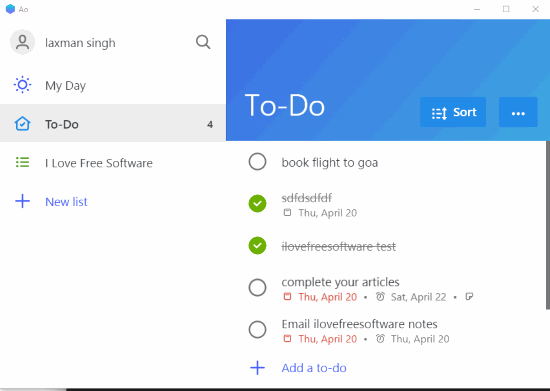 So, you are basically enjoying To-Do app as software on your PC.

You can also enjoy other features, such as:

Rest of the features like rename a list, use native themes, delete lists, etc., can also be accessed using the interface of this To-Do desktop client.

Those who prefer Microsoft To-Do to create and organize to-dos, but want to use it from desktop, this software is handy. I also like the additional features like Sepia and Dark themes, keyboard shortcut support for list navigation, etc. This is a good desktop client for To-Do app and therefore I can recommend it to you.