Gifster is a free GIF screen recorder software that also lets you capture the screenshots. So, it is a multipurpose software. You can record the desktop in animated GIF format and also capture full desktop screen or a specific area as JPG image, which is not possible with many other similar software. However, you can use only one feature at a time.

A couple of useful features are also provided by this software. You can adjust the FPS, capture mouse cursor (helpful when you are demonstrating), scale, as well as the size of its interface.

In the screenshot visible below, you can see its settings window and capture region that you can adjust as per your need. 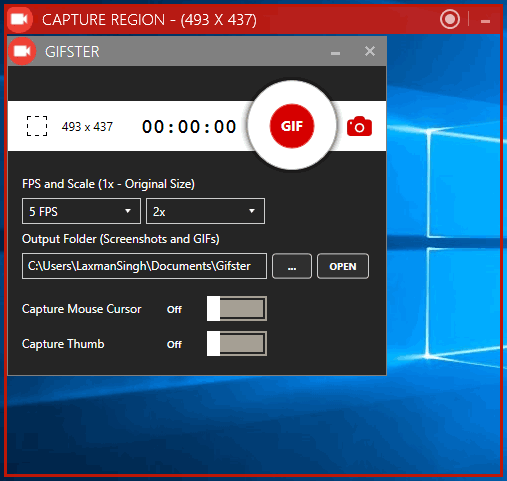 Note: During the screen recording, it is possible to move the recording frame. However, it will still record the preset area only. This might be a bug which should be fixed by the developer soon.

Here is the homepage link of this software. Download and install it. When you will launch the software, it opens with its settings window as well as with recording frame. Now you first need to adjust the size of recording frame. 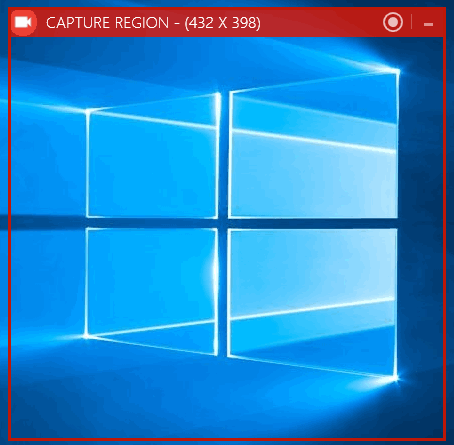 After this, you can adjust settings in which you need to set the output folder to store GIF, FPS, Scale size, etc. 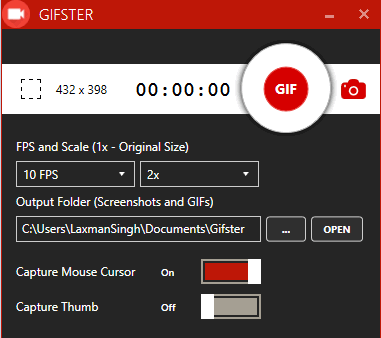 After recording, you can stop it and the output GIF will be saved to selected destination automatically.

Another GIF screen recorder has come in the competition. Overall, Gifster is a good software which deserves a try. However, I personally use GoonCam which has some good features like preview GIF, remove unwanted frames, etc. This software doesn’t have these features, but it can be improved further with minor changes. For example, its recording frame is movable during the recording, which is good, but it should be able to record the area when the user moves it and not just stick to a particular recording position.