To import notes from Google Keep to Evernote, I have taken the help of Google Takeout feature, Copy notes feature of Google Keep and Google Docs, and a command line tool. These three methods are pretty simple. All the necessary steps are covered in each method to help you import Google Keep notes to Evernote with ease.

Method 1: How To Import Notes from Google Keep To Evernote Using Copy To Google Docs Feature?

Google Keep has a built-in option which helps to export your Google Keep notes to Google Docs. You can use this feature and then save the exported notes as DOCX, PDF, ODT, RTF, or other supported formats. Once it is done, you can add that file to any Notebook in your Evernote account. 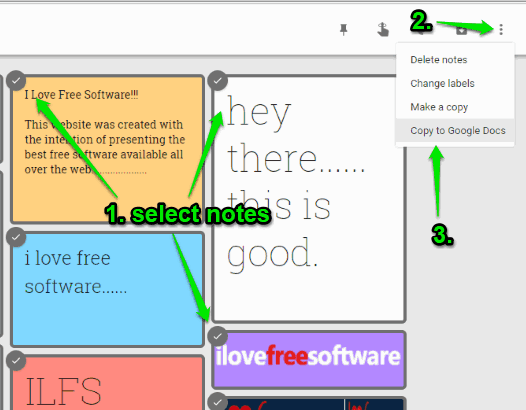 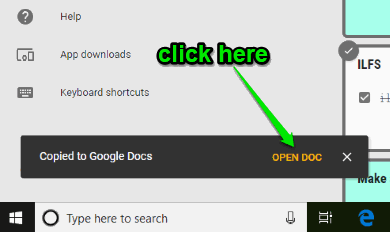 Step 3: Google Docs page will open where you will see all your Google Keep notes including the images available in those notes. Now use File menu and then you can download that file as PDF, ODT, DOCX, or any other supported format. 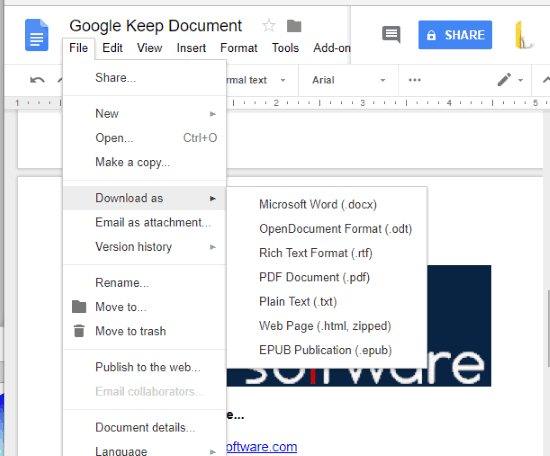 Step 4: Open Evernote, create a new Notebook or open an existing Notebook, then access/create a note and finally you can import your Google Keep notes file as an attachment to Evernote in that particular note.

If you are using Evernote desktop client and added Google Keep notes as PDF file, then you can preview that PDF within the interface of Evernote.

Google Takeout is an extremely useful feature that helps users to export any type of data of their Google account. You can take backup of contacts, Google Drive, Google Photos, Google Play Store, Google Play Music, Hangouts, and more. The option to download Google Keep data is also there. Once Google Keep data is downloaded, you can upload it to Evernote account easily. Let’s see how:

Step 1: It’s a simple step. Use this step to login to Google Takeout.

Step 2: Now the list of all Google services (Google Photos, Google Drive, etc.) whose backup can be downloaded will be in front of you. Use “SELECT NONE” button to uncheck all the services. After that, scroll down that list and turn on Keep option. When it is done, you can move to NEXT step. 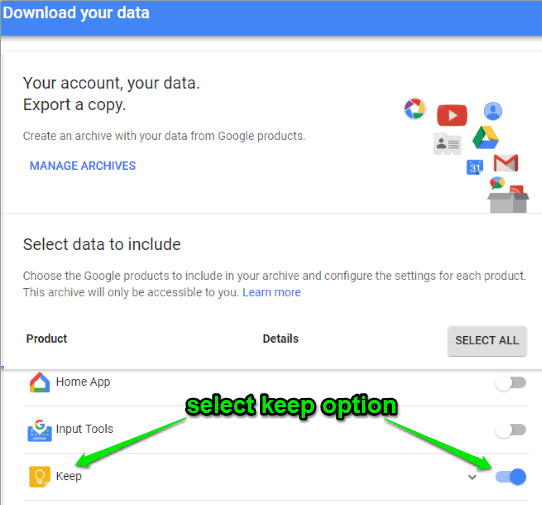 Step 3: Now there will be a “CREATE ARCHIVE” button. Use that button and then it will help you download your Google Keep data in a zip archive file. If there’s a lot of data, then creating the data archive will take time. You will receive email on your email address when data is ready to download. 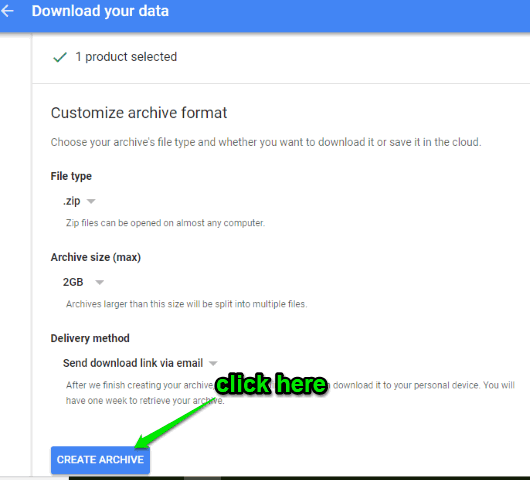 Step 4: Extract the zip archive and you will see Keep notes in HTML format. Images and other files will also visible. Now you can open Evernote in a new tab, create a Notebook, and then drag n drop HTML files to your Evernote account. 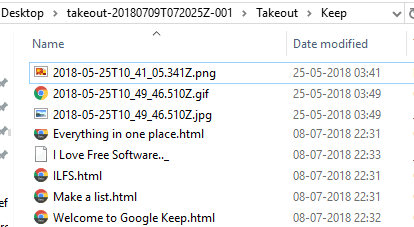 If you want to import your Google Keep notes as plain text files to Evernote, then “KeepToText” software will be helpful. This software requires Python, Google Takeout feature to use the Google Keep data, and a very simple command. The command helps to convert Google Takeout data to plain text files, and then you can import those files as an attachment to a particular Evernote notebook. Or else, you can use the desktop client of Evernote and import the folder containing the text files as Google Keep notes to directly import them. Steps are as follows:

Step 1: First of all, install Python (if not already on your PC). After that, download the zip archive of this software. Extract that archive to a folder.

Step 3: Copy zip archive of Google Keep notes and paste it in the folder where you extracted the zip file of KeepToText software. See the screenshot below. 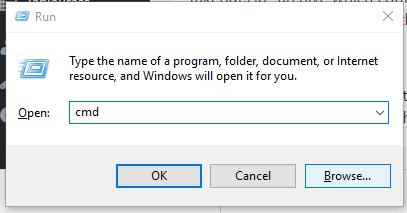 Step 5: Access the folder where you extracted zip file of KeepToText software. There you will see “KeepToText.py” file. Drag n drop that file to Command Prompt window and press space to continue the command. After that, drag “takeout.zip” archive which contains your Google Keep data and drop it to Command Prompt window. Finally, press the enter key to execute the command.

Step 7: To add plain text files directly as notes to Evernote, you need to use desktop client of Evernote. On its desktop client interface, use Tools menu → Import Folders option and then you can select the same “Text” folder to import all your Google Keep notes.

Or else, you can use web app of Evernote to add those plain text files as attachments to a particular Notebook in Evernote.