Commandr for Google Now is a free Android app to add commands to Google Now. This Android app is really helpful and definitely boosts the productivity and usefulness of Google Now.

Similarly, there are various tasks which Google Now performs incompletely, but Commandr for Google Now lets you perform them without moving even a finger. Some of the tasks that you can get done via Google Now after adding this app are: locking/unlocking phone, taking a picture/selfie, see notifications, etc.. and much much more. The best thing is that you don’t need a rooted Android device to use this app. It works perfectly for unrooted devices as well.

Note: The app also lets you Shutdown, Restart, and Reboot in Recovery your Android Smartphone via Google Now but you need to have a rooted device for using these commands.

Using This Android App to Add Commands to Google Now:

To use Commandr for Google Now, you have to set it up before using for the first time. After that, you don’t have to launch this app again, unless you have to look at the supported commands.

When you launch the app, you will see the Welcome screen. Swipe left to go to the setup page. 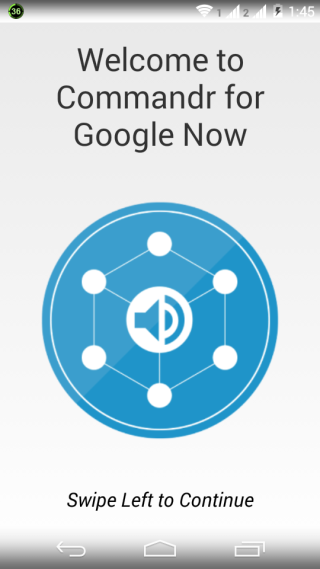 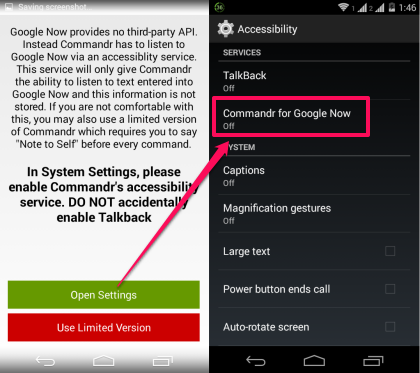 On turning it on, you will see the following confirmation message. Tap on Done to go to next step. 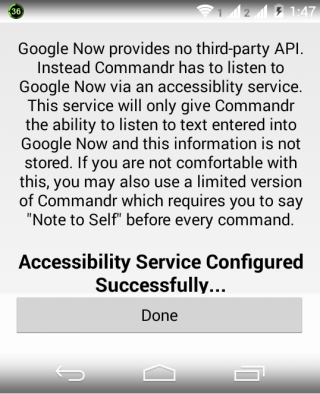 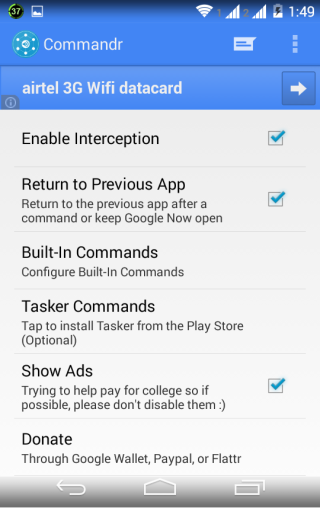 You can see that there is an option called Built-in Commands. Tap on it to see all the commands which you can use to increase ability of native Google Now. Some of the commands are: Flashlight on/off, WiFi on/off, GPS on/off, Bluetooth on/off, Unlock/lock phone, Play/Pause/Resume Music, Previous/Next song, etc..

You can see that all the commands have a pencil icon in front of them. This is for editing the command to perform any particular action as per your preference. 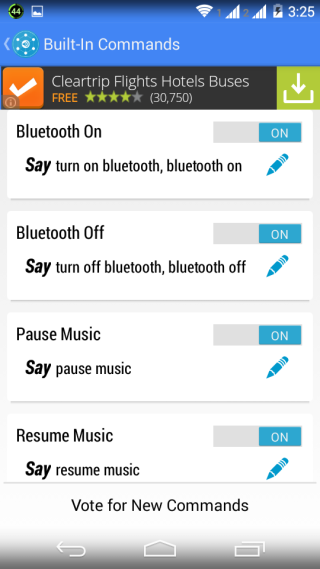 Compatibility of these commands may vary from device to device. If there is any command which is not compatible for your device, then it will appear as dull instead of Blue colored.

There is also an option at bottom of the screen called Vote for New Commands. Using this option, you can vote for commands which you would like to see in further app updates and also suggest new commands. 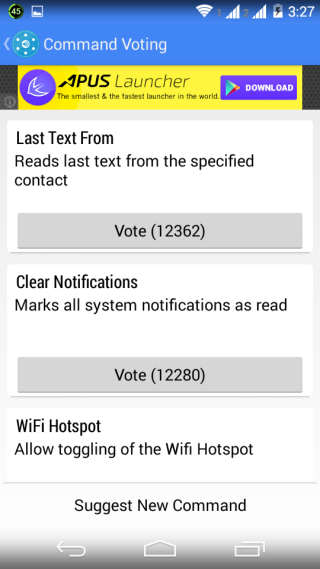 You may also like: Open Mic+ for Google Now.

Commandr for Google Now is a really awesome to add commands to Google Now. The app really improves working ability of Google Now and it performs what it says. Its a must have app for all Android users who use Google Now quite frequently. You will definitely love it.

Get Commandr for Google Now here.