ABCya.com is an awesome website that has quite a big collection of free educational games for elementary school kids. All of the educational games featured on the website are either made in collaboration with, or approved by certified school teachers. All of the games featured on ABCya.com are modeled after primary grade lessons, and provide the kids a fun and interactive way to learn. The games are primarily divided into six categories, depending upon the the grade level of the kids. Starting from the Kindergarten level, they go up to Grade five. Most of these games (or interactive Grade level lessons) focus on strengthening specific areas like math, language arts etc., while also introducing them to basic computer skills. Some of the games even have audio clues and instructions to help kids understand better. Sounds like something fun for your kid this summer? Let’s find out more.

ABCya.com doesn’t require any signups, accounts or anything of that sort. All you have to do is select the grade, choose the game, and get playing. Here’s how the homepage looks like: 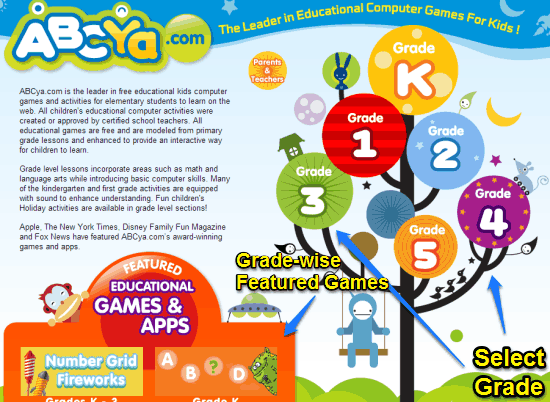 Pretty colorful, don’t you think? (And why shouldn’t it be? Its target audience are elementary kids, after all). The homepage is pretty simple and straightforward. The left side features some information about the service itself. The right side features a couple of colorful bubbles (or balloons, or whatever you want to call them), that let you select the Grade level. The bottom left corner consists of a section that contains some featured games from all Grade levels. That’s all there’s to it.

How to Select Grade and Play Games on ABCya?

Almost all of the games featured on ABCya are quite simple and intuitive. But at the same time, they are also fun to play. Playing games is exceedingly simple. Here’s how to do it:

Step 1: Select the Grade level by clicking the appropriate balloon

Step 3: Simply click on the educational game that you want to play, and get ready for some fun. Most of the games also feature audio clues and instructions, so makes sure you’ve got your computer’s audio output device(s) cranked up. Almost all of the games can be played either your keyboard, or your mouse or both. That’s all there’s to it. Now go and get playing!

Some Of the Educational Games Featured on ABCya:

It’s not possible to write about each and every single game on ABCya, simply because of the fact that there are too many of them. But  some of the games listed in the featured section of the homepage are briefly mentioned below:

This is a memory based numbers game, where you’re presented with a square grid of numbers from 0 to 100. The gameplay involves revealing the correct position of numbers on the grid. Each correct move gives you a firework. The more numbers you guess correctly, the better your score is. Simple and fun. 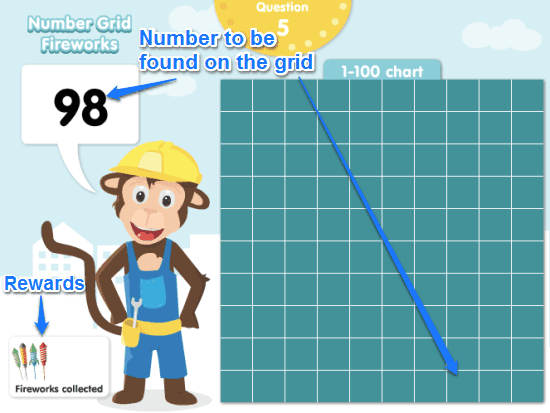 This is another awesome game. It involves horizontally scrolling letter bubbles on the top of the screen. The bottom of the screen also consists of the same alphabets, but some of them are missing. To complete each round successfully, you have to pop the bubble when it passes over its correct blank position, so that it falls into its place. You also get to play bonus rounds. 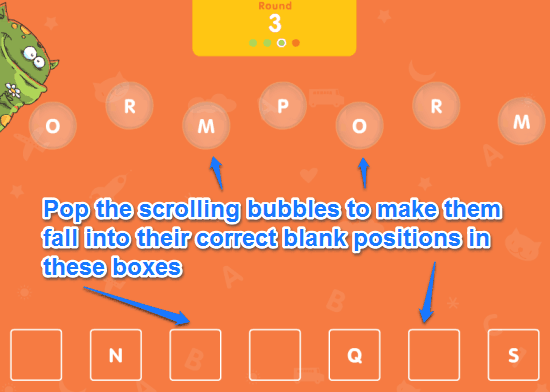 ABCya is not just a fun place for little kids to do some playing, it also helps them strengthen their basic skills such as spelling, counting etc., in a fun and interactive way. It has a such a large collection of simple but fun filled games that every elementary going kid is sure to find something that appeals to him/her. And then there’s also audio instructions, which further enhance the learning experience through these games. Do introduce your kids to ABCya (or play yourself, because it’s ok to be a kid every once in a while!), it’s really good.