This article covers how to restore deleted apps in Windows 10. It might have happened with you many times that you uninstalled some apps and later you want to restore or re-install those apps. For such case, the options covered here will come in handy.

You will be able to batch restore deleted apps in Windows 10 with the help of two simple options covered here. Both the options also help you bulk uninstall Store apps. While one option here is handy to restore third-party apps and system apps, another option lets you re-install only system apps.

Let’s check both the options one by one. 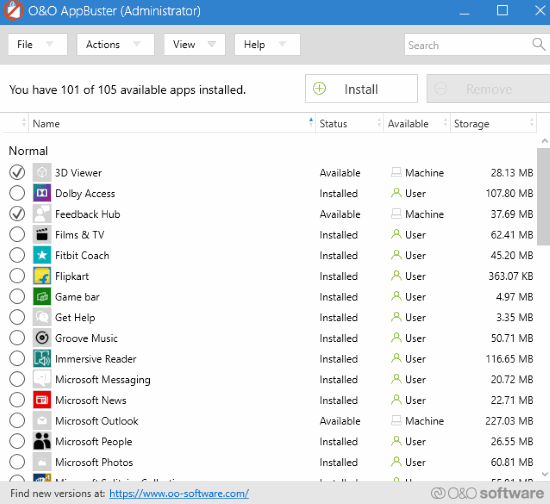 You can select the available apps and then use the Install button to add all those apps again. The software is also handy to create a restore point so you will be able to get back to the previous state in case anything wrong happens.

This is another good option to restore deleted apps in Windows 10. However, it is mainly helpful to re-install only system apps. Thus, only those apps that come pre-install with Windows 10 can be restored using this software. 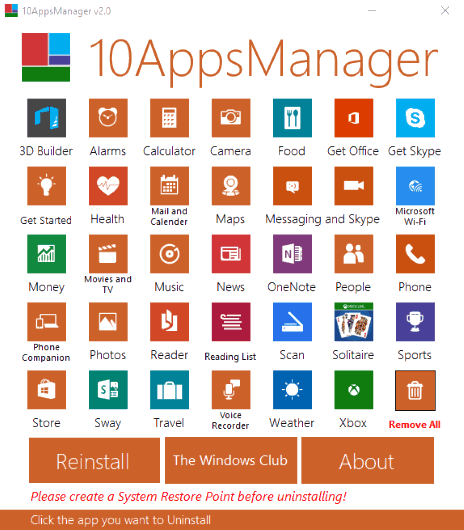 10AppsManager is also a portable software. Once you download its zip file and extract it, you can execute its portable application to open its interface. After that, it will show the list of built-in apps. You can remove any app of your choice.

To restore the built-in apps, use the Reinstall button.

These are the two options to restore deleted apps in Windows 10. I prefer the first option over another option because it helps to re-install system apps and other apps. Another option is also handy to bulk uninstall and re-install built-in apps of Windows 10.