Sikuli is a free software to test User Interface for its efficiency. Sikuli is a visual technology which automates the user’s activities to test the interface. The Graphical User Interfaces (GUI) can be tested for its functionality and efficiency with the help of screenshots and interface images. The webpage and the  interface can be controlled programmatically to perform the testing.

Sikuli includes the sikuli script which is a visual API,  and the Sikuli IDE( Integrated Development Environment) for writing scripts with screenshots alone. This enables automated testing of interfaces of applications and Web pages.

An interface can be tested on  various operating systems like Windows, Mac, Linux. Android UI, even an iphone application’s interface which is being run on an emulator can be tested by using the freeware. 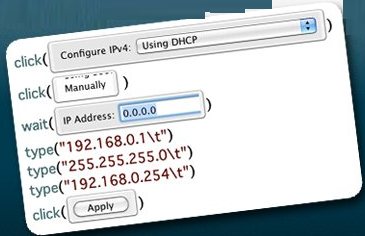 Sikuli is even regarded as the most simple and innovative tool to write scripts to test the interfaces. This freeware is being used by many famous vendors to test their interfaces.

Sikuli provides quite an innovative scripting feature to do programming by referencing screenshots. Essentially, you can insert screenshots while writing Sikuli scripts, and then instruct Sikuli to perform actions on them. When you execute those scripts, Sikuli will search for area on the screen that matches those screenshots, and will then perform requisite action on them. And just to see ease of using Sikuli, I encourage you to check out this simple “Hello World” program written in Sikuli.

Some other testing software we reviewed earlier include: XStudio, QMTest, and Cross Browser testing tools.

Here are some of the features of Sikuli:

With Sikuli, the testing system is able to run automatically, even in command line mode. The logs can be captured more easily while doing so. Free examples and sample runs of Sikuli are available on the website for the user to checkout how the freeware works.

Thus sikuli is one- of- a kind software to automate testing of Graphical User Interfaces of Websites and applications.

It’s available for free download on the website, sikuli.org. Running it on Windows requires JRE 6+ installed on the system. To be run on Linux there is a portable ZIP version that does not require any installation.