Ultimately, these apps offer one of the best and convenient ways to play Dropbox music on Android. No more downloading music files from Dropbox to play them using any of the music player apps for Android. 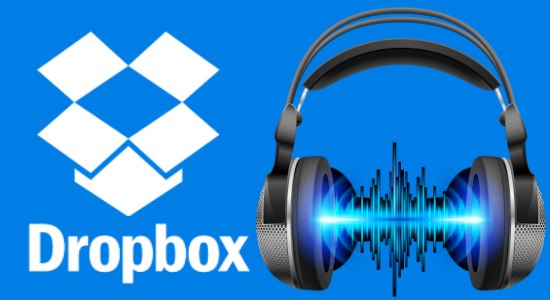 If you’re looking for similar apps to play music from Google Drive, then you can check out our post on 5 Free Android Apps To Play Songs From Google Drive.

So, let’s get started with the Dropbox music player apps. 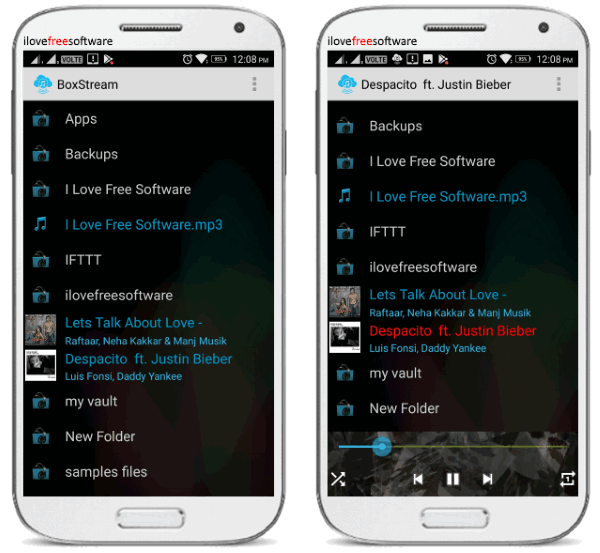 BoxStream is one of the best Dropbox music player apps for Android. You can simply open up this app and connect your Dropbox account. After that, you will be able to see all your Dropbox folders which you can browse to access the music files. Now, you can tap on any of the music files to start playing it using the built-in music player of this app.

The music player comes with basic controls using which you can play/pause music, rewind & forward, play previous/next track, enable shuffle, and play the same track repeatedly. While listening to a song, you can also add it to your “Favorites” such that you can easily access it later. 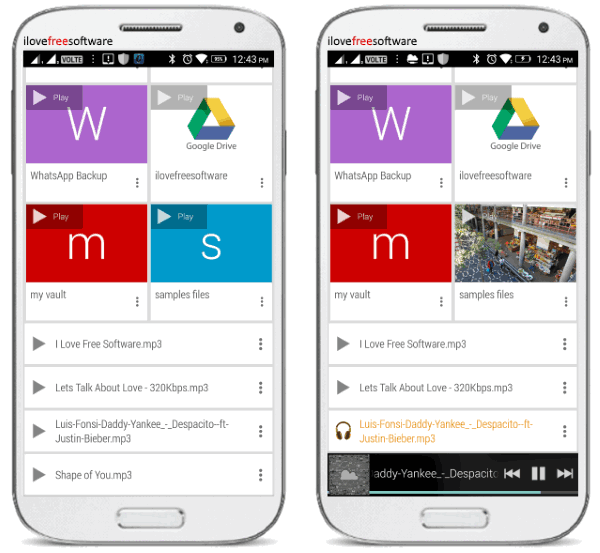 Beat is another useful Dropbox music player app using which you can directly play music from Dropbox on your Android phone. When you open up the app, it will ask you to select a cloud service from which you want to stream music. It supports different cloud services like Google Drive OneDrive, etc. along with Dropbox. So, here you have to select “Dropbox” and then connect your account. Once you do that, you will be able to see all your Dropbox music files which you can play with just a tap.

The built-in music player comes with the controls for play/pause, forward/rewind, play next/previous track, shuffle songs, repeat all songs or a single song, and play music from the queue. Some of the other useful features of “Beat” are floating control buttons, visualizer, equalizer, sleep timer, themes, controls on notification bar, and more. 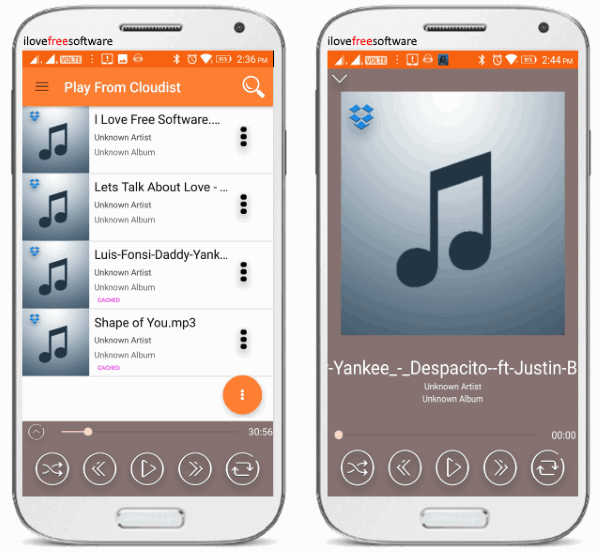 Cloudist is also a pretty useful app which can be used to play music from Dropbox on Android. After launching the app, it will ask you to create an account by selecting a cloud service. This app supports various cloud services including Spotify, Dropbox, Box, Google Drive, etc. Now, you would need to select “Dropbox” from the list and then link your account with this app. When you do that, you can tap on the “Scan” option to make this app find all the music files from your Dropbox account. After the scanning is completed, you will see all your Dropbox music files on this app and you can play them using the built-in music player.

The music player comes with basic options to play, pause, play next track, play previous track, shuffle, repeat, and forward/rewind. Apart from that, it also allows you to create custom playlists and add your favorite songs to them. One of the unique features of this Dropbox player for Android is that it also allows you to download songs from Dropbox to listen to them offline. The only thing which I don’t like about this app is the intrusive ads in the free version. 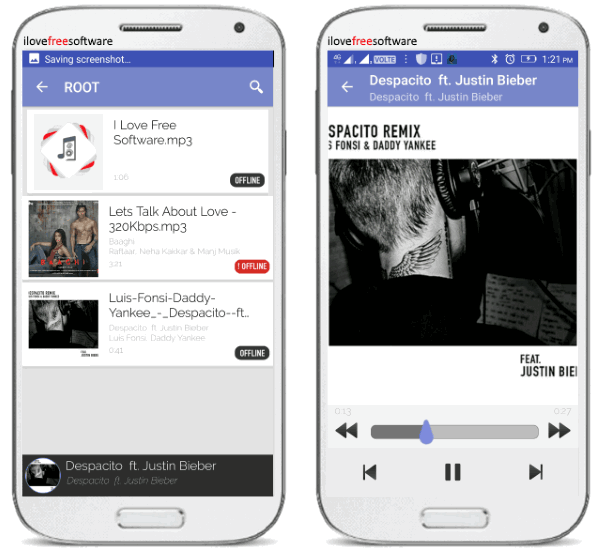 AirBeats can also be used to directly play music from Dropbox on your Android phone. After installing and launching the app, it will prompt you to connect your Dropbox account. Once you do that, it will automatically start scanning for music files in Dropbox. After that, it will list all the music files on the app interface from where you can play them. The music player is very simple and has controls including play/pause, forward/rewind, play next track, and play previous track.

To easily find songs, you can use the search bar and also browse songs by artists, albums, etc. Similar to “Cloudist”, this one also has the option to download music files from Dropbox to play them offline using the music player. To download files, all you need to do is tap the “Offline” option visible at the bottom of each music file. 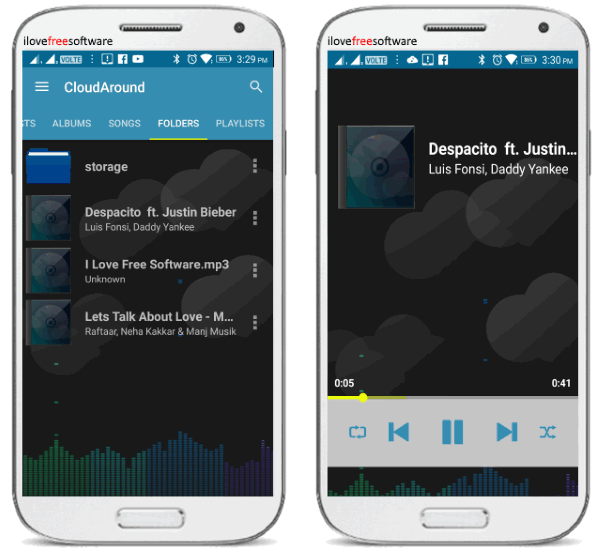 CloudAround is also one of the best Dropbox music player apps for Android. You can use it to listen to music from your Dropbox account with ease. When you open this app, it will show all the supported cloud services such as Google Drive, Dropbox, Box, etc. from which you can play music. So, here you would need to choose Dropbox and then link your account with this app. As soon as you do that, it will ask you whether you want to scan your entire Dropbox account for music files or specific folders. When you’re done with your selection, it will automatically find the music files and show them on the app interface.

Now, you can tap on the music files to listen to them via the CloudAround music player. To make it easier for you to find a specific song, it allows you to browse songs by album, artist, etc. Another useful feature is that it allows you to create custom playlists and add your favorite songs to them. It even lets you play the songs from your phone storage and SD card.