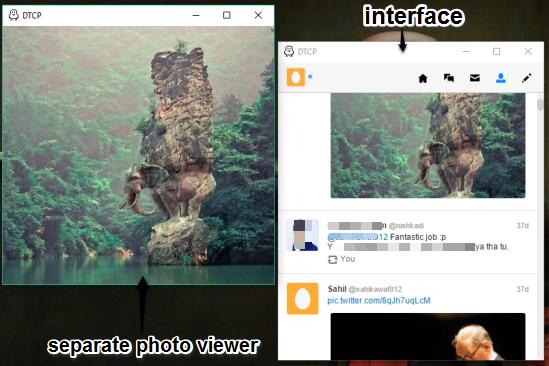 Above you can see the interface of this Twitter desktop client and its separate photo viewer. 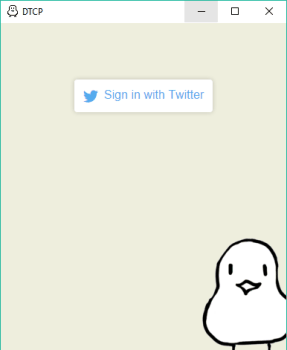 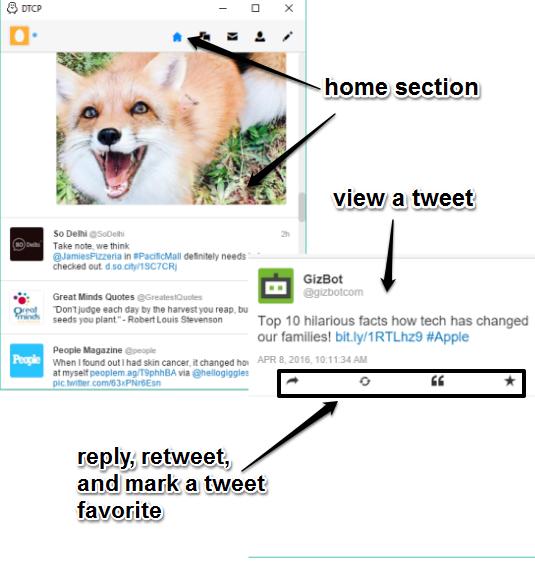 This Twitter desktop client is also handy to update your Twitter timeline by creating a new tweet. You can also add media with your tweet and then send it. A separate and small window is opened to create and send the tweet. 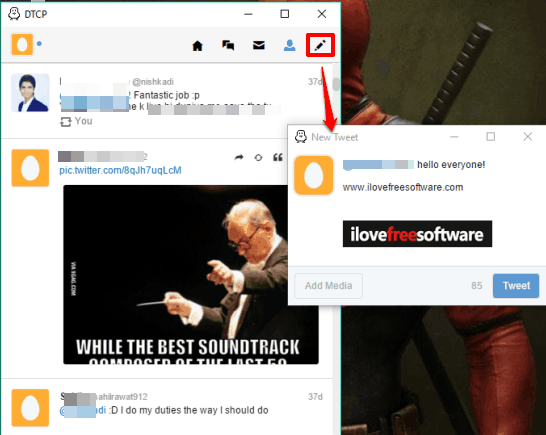 Just next to the Home section, you will find a Conversation icon. Clicking on that icon will show all the mentions you got by Twitter users. You can click on any mention to view it separately and respond to that mention. 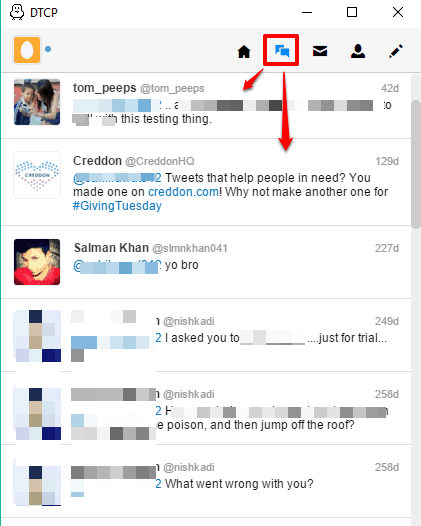 Read All Your DMs:

This is also a very important section. It helps you access the list of all your recent and previous DMs. You can also read a whole conversation you had with a particular user. You can’t send DMs, which you might not like, but this section is very useful when you have to read all your Twitter messages. 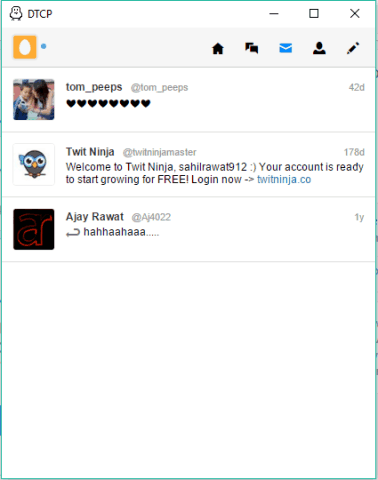 To view all your tweets, you can access your Twitter timeline on the interface of this software. It also lets you check your total number of tweets, followers, and following people, but you can see the list of followers and following. Also, you can’t unfollow a particular user. So, the section is mainly handy when you have to explore all your tweets. 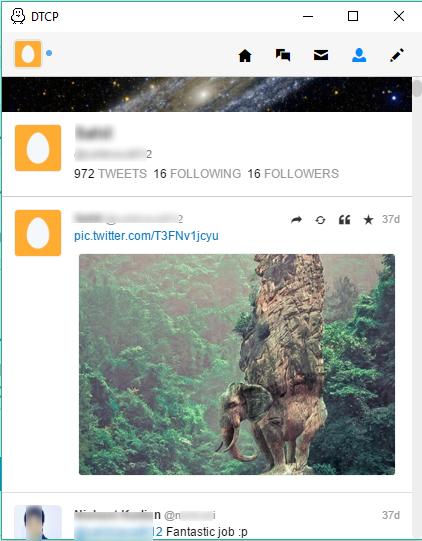 This is all you can do with this Twitter desktop client.

This Twitter desktop client is surely a good choice when you need to browse your Twitter timeline, read DMs, explore feed, etc., directly from the desktop. It’s true that there are few shortcoming also, but overall it is worth trying.