Thankfully, it’s easier than you might think. Keep reading to find out how you can directly boot to Start Screen in Windows 10. 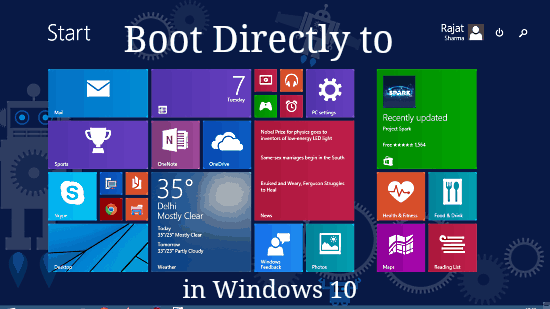 How To Directly Boot To Start Screen In Windows 10?

Once you’ve enabled the Start Screen in Windows 10 to replace the default Start Menu, you can easily set the OS to directly boot to the Start Screen, every time it starts up.

Here’s a step by step process, on how to get it done:

Step 1: Right click on the taskbar, and click Properties. This should fire up the Taskbar and Start Menu properties dialog box. Here’s a screenshot: 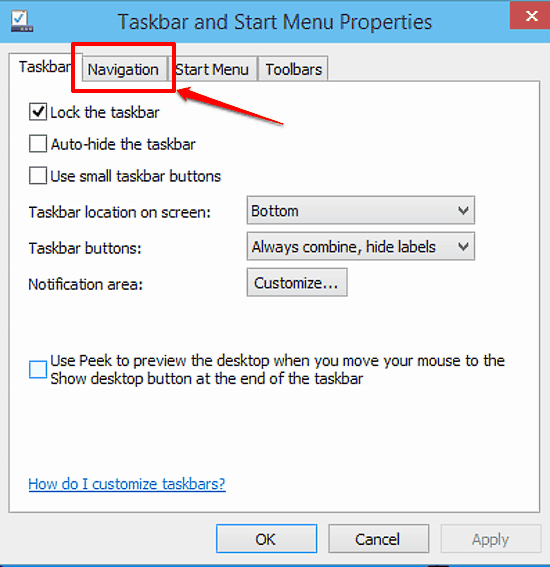 Step 2: Now, select the Navigation tab to access the desktop and start screen navigation options. Once there, head over to the Start Screen section, and un-check the option that says – “When I sign in or close all apps on a screen, go to the desktop instead of Start.” Hit Apply, followed by OK. 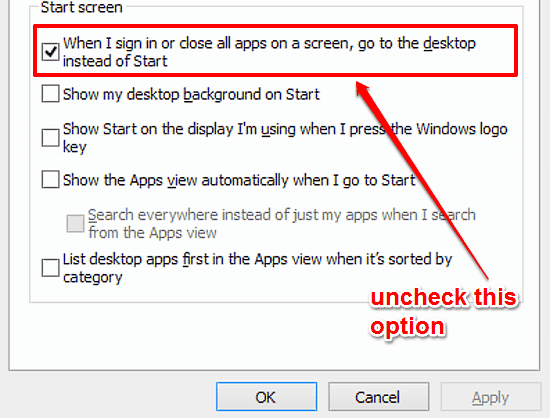 That’s it, fellas! From now on, whenever you start up Windows 10, you’ll be greeted by your good ol’ Start Screen. Yay!

The Start Menu, which has been a signature feature of Windows Operating Systems, makes its return in Windows 10. While that’s all well and good, there are a number of users who’ve come to appreciate the uniqueness that Windows 8 introduced with the Start Screen. If you’re one of those users. and would love to have the Start Screen greet you every time you boot up Windows 10, the above mentioned steps should get you sorted. Easy-peasy, right?