This tutorial talks about how to show Android battery percentage on the navigation bar. 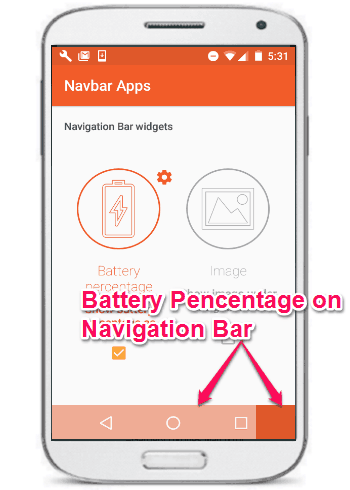 How to Show Android Battery Percentage on Navigation Bar: 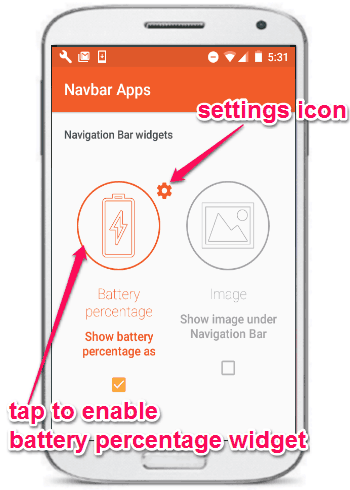 As you can see in the above image, the widget is divided into two color coded parts. The light part is showing the amount of battery remaining and the dark part displays the battery used.

Some of the additional features of Navbar Apps:

Static Colors: This feature allows you to choose any specific color for the background of the navigation bar.

Get “Navbar Apps” from here.