You just need to specify a Tumblr blog URL and it will grab data from the Tumblr blog and save it on your PC. When you are browsing Tumblr blogs in Chrome, it grabs the URL of that blog automatically. 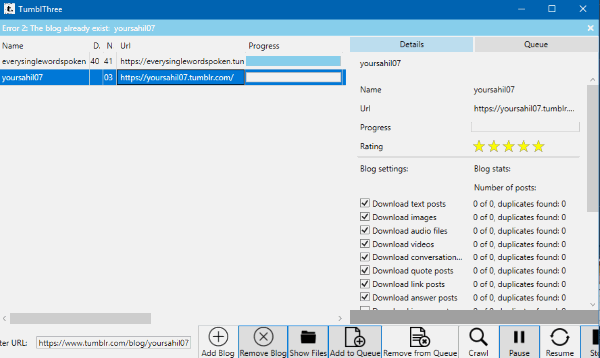 How to download Tumblr blogs using this free Windows software:

Getting started with TumbleThree is pretty easy; download and install it from the link provided at the end and then open it. You will then see its main interface as shown in the main screenshot above. Now, in order to download a Tumblr blog, simply specify its URL in the URL box and then hit the “Crawl” button, as shown below. After that, it will begin downloading all resources of that Tumblr blog i.e. images, videos, etc. Do note that it will extract all the links, conversations, and question posts in separate text files. The screenshot below displays all the downloaded images, videos, etc. from ilovefreesoftware Tumblr test blog. 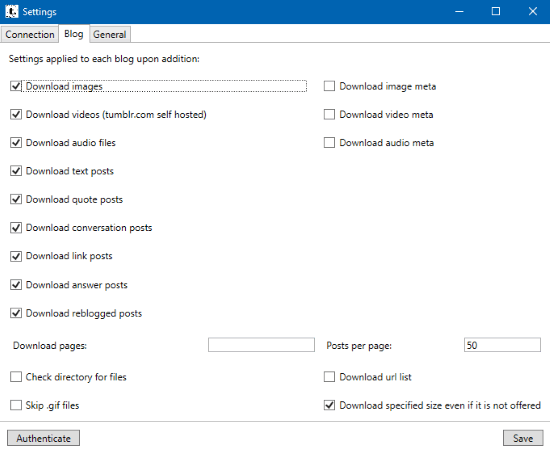 TumbleThree is a free software to download Tumblr blogs. I will definitely recommend you to check out this Tumblr blog downloader as it can download all resources from a specified Tumblr blog URL and you also choose which one you want to download explicitly.