Jolla Phone Launcher for Android is a port from the Jolla Phone and now it runs on all devices running Android 4.2 and above. Jolla Phone runs Sailfish OS which tries to bring a new and refreshing interface. If one is interested in Jolla Phone, then to try it out one must get their hands on the device or hope that there is a port of the Sailfish OS for their device, but now one can simply install the launcher and experience the zest of it. Sailfish launcher is definitely worth trying out if you like technology or you would like to experience something new. 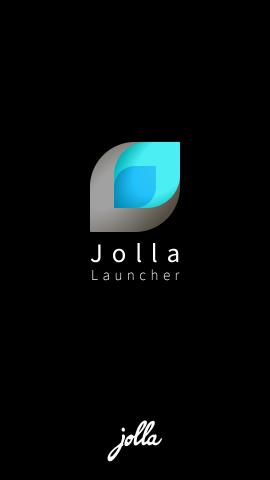 You can get the link to the XDA page at the end of this article. From there simply download the APK file to your device. And then install the APK file as you would on any other APK. After you have successfully installed Jolla Phone Launcher, then tap on the home screen button and then choose ‘Jolla Launcher’ as default; this will bring up the launcher which is covered further in the article. 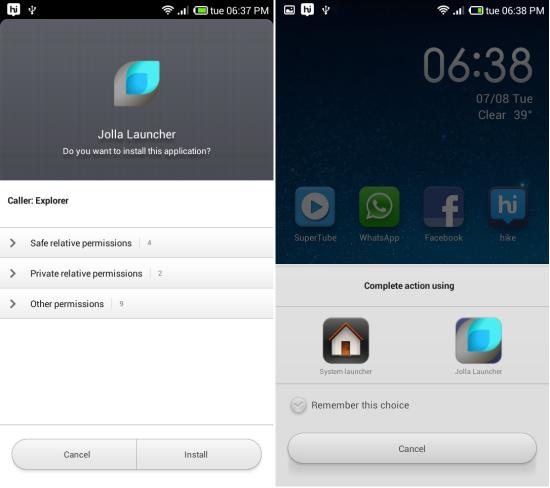 After successfully following the steps explained above, you will have the tutorial in front of you as seen here. The way Sailfish OS works is very different from any other OS and hence it comes with a pretty extensive tutorial. Tap on ‘start’ to get started with the tutorial. The first part is the lock screen which will be there when you turn on the device. Flicking up will unlock the phone. 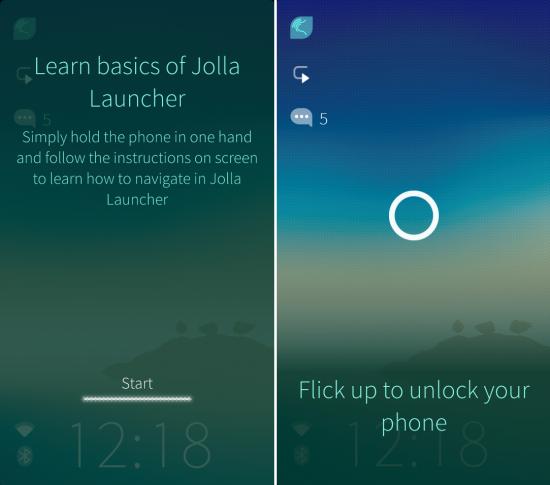 Below you can see how the home screen looks, the tiles are the running apps, flicking up again will let you access all the installed app list (App Drawer). 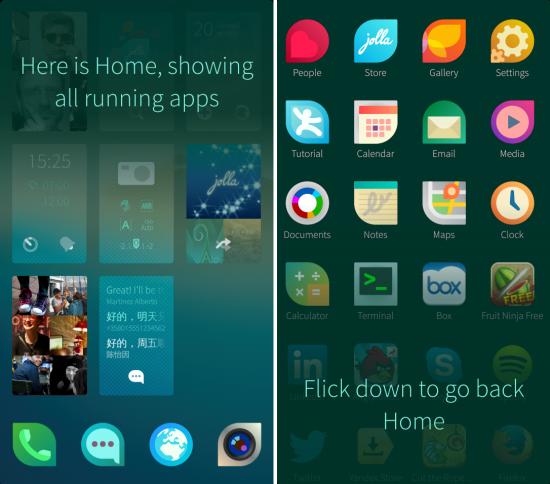 Tapping on a tile will open the app and swiping from the outside on the screen will get you back to the home screen. However, this swiping back feature did work in the demo but not with the native apps on which I tested it. Also dragging the lock screen down reveals some quick access options. 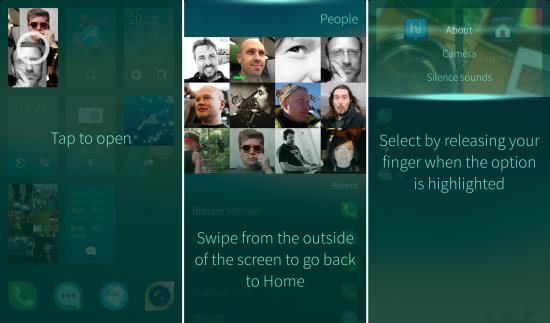 Now Jolla Phone Launcher for Android will ask you for the notification access, so that you can see notifications on the lock screen. Give it that by following the instructions. 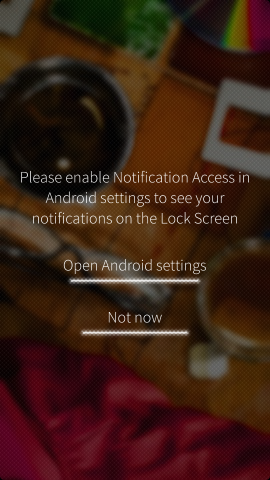 Below you can see that the launcher is working as demoed on the phone. Also, you get the option to choose between two themes, as seen here. 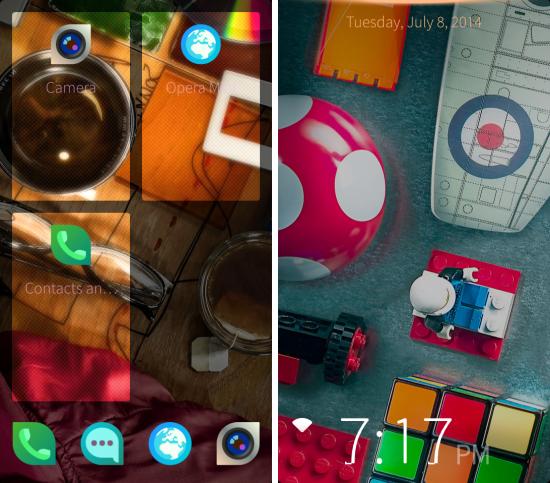 Jolla Phone Launcher for Android is something which one should definitely try out as it offers anunique experience. This port is still currently in alpha phase so don’t expect a 100%. It seems to be mostly working on devices running Android 4.2+.

Try Jolla Phone Launcher for Android from here or Scan the QR code below. 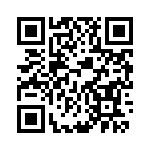