Just like any other aspect of computing technology, network connectivity is also a pretty complicated affair. When our computers are connected to the Internet, there’s a whole lot of stuff going on under the hood. That being said, Internet connectivity has improved manifold over the past few years, both in terms of speed and reliability. However, there are still occasions when even the best of the network connections start behaving erratically. And that can get quite annoying, right?

But it doesn’t have to be that way, thanks to TCP Optimizer. Lightweight yet powerful, TCP Optimizer lets you optimize Internet connection in a few clicks. From maximum connection speed to advanced settings like packet size and pings/URL, everything can be tweaked, thus leading to better network speeds. Interested? Let’s find out more.

How To Use This Software To Optimize Internet Connection?

Step 1: Getting started with TCP Optimizer is a simple affair. At under 700 KB in size, it’s a pretty featherweight application. And since it’s portable as well, there’s no need for any installation or configuration. Simply download the utility from its homepage, and run it (preferably as administrator). Here’s how TCP Optimizer looks like: 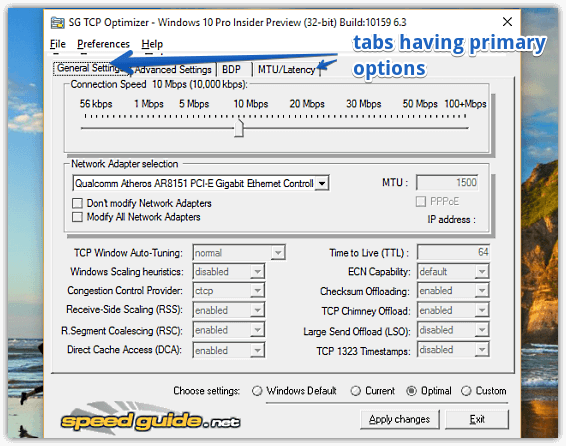 As seen above, TCP Optimizer sports a fairly simplistic UI. All the tweaks and options are distributed across four different tabs, as briefly mentioned below:

Step 2: Essentially, there isn’t a second step. However it’s important to note that not all settings can be configured, except when the Custom preset is selected. The other presets, when selected, only let you change certain things. Once you’ve tinkered with everything, simply hit the Apply Changes button. 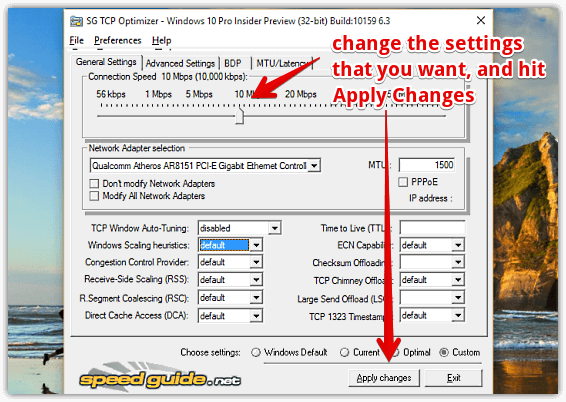 That’s all there’s to it. You can even use the File menu to export the specified settings. How cool is that?

The network connectivity speeds have massively advanced over the past few years, but that doesn’t mean things can’t be improved further. And TCP Optimizer lets you do just that, in a simple and hassle free way. Give it a shot, you’ll love it.