Deadly Race is a free PC car racing game which is developed based on the theme of the movie “Death Race” where you have to kill your enemies while driving your car. This is an action and racing game which consists of 24 stages and 6 different cars to race with and some upgrades are available too. This game is easy to install and can be run on any Windows Operating System. 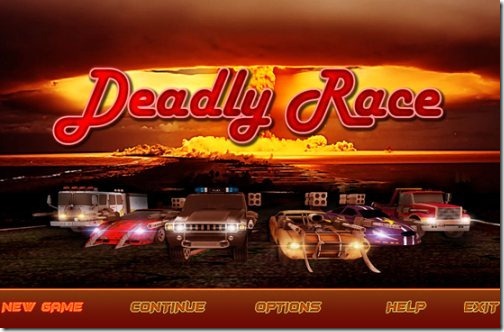 As soon as you go through the story of the game in the beginning you start off with a New Game by entering your Name. In the initial stage you will be given a car and a race to start off with. Initially you will be given a bullet gun fixed on your car with which you have to shoot the cars that are in front of you while driving. You will also be given nitrous to speed up your car. In every stage there are bullets, nitrous, rockets and mines to pick up according to the upgrades you have done to your car.

Other car racing games we covered earlier include Need for Speed for PC, and Car Racing Games for Android. 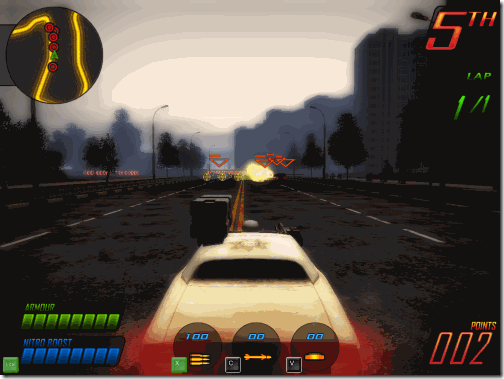 The cars available are very fancy and different. While you are playing you can aquire the next level cars by completing stages. Every car has different combinations of Armour, Acceleration and Speed. So depending on the type of stage you can select your desired car, as for racing mode you need speed as well as armour for defending and for killing mode you dont need much armour. So after completing certain stages you can unlock all the cars. The upgrades available are Bullets, Rockets and Mines. After completing every stage you earn some money depending on that you can buy the upgrade for your cars. 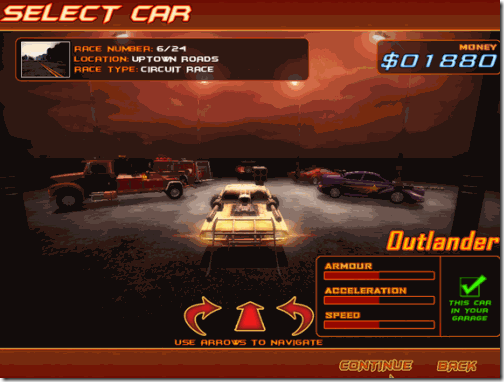 The game consists of 24 stages and after you win every stage you will be awarded with Gold, Silver or Bronze medals depending upon your performance. After completing every six stages you can proceed to next level depending on the number of bronze or silver or gold medals acquired by you during the play. So, make sure you acquire medals in every stage. There are certain stages in which you are required to come first or kill as many enemies as you can and difficulty level increases as you move on to higher stages.

So, if you are interested in racing games and also shooting games, this game is the right choice as it has both the elements in it and it is available for Free Download.