This article covers how to take screenshots from Command Prompt using Firefox. That simply means you don’t need any third-party add-ons to capture the screenshot of a webpage using Mozilla Firefox. Just the browser itself and Windows Command Prompt are all you need for that.

You can capture the full or entire webpage or take the screenshot of webpage with height n width of your choice. All it needs is two simple commands. I have also added both the commands in this article. The output or destination folder to save the captured screenshot can also be set by you. 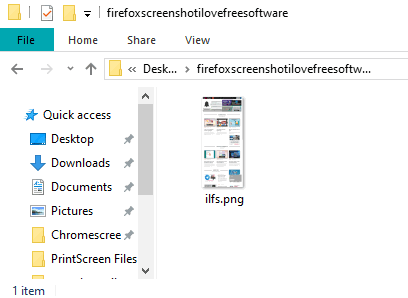 How to Take Screenshots from Command Prompt using Mozilla Firefox?

Step 1: At first, launch Command Prompt window. You can type cmd in the Search box to open it.

Step 2: To capture the screenshot of the full webpage, you just need to enter Firefox path, screenshot command, output folder path, output image name and extension, and webpage URL that you want to capture. So, the entire command would be: 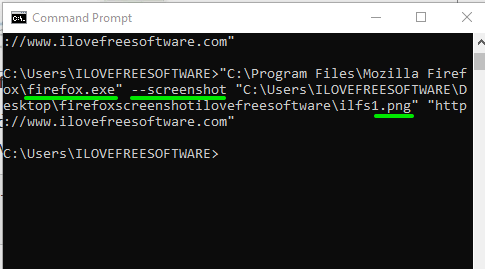 Step 3: To capture a webpage with custom height and width, you need to use the above command with just an addition of ‘window size‘ in the command. So, the full command would be:

You need to replace ‘width,height’ with custom values and execute the command.

There are so many Firefox add-ons available to capture the full webpage screenshot and save it to PC. You may check this article which covers some best free add-ons for the same purpose. However, if you don’t want to use some add-on for this and try this method, then you should go ahead. The command is very simple and you will have the choice to take complete webpage screenshot or set height n width to capture a specific webpage.