Facebook Messenger is already a popular app for iOS and Android to check your timeline and chat with your buddies.  The app has been made even better now. Developers have added two new features to Facebook app: Send free voice messages and make free VoIP calls. Until now, the app was able to send text messages, photos, and emoticons with text. But along with this, you can now send free voice messages and make VoIP calls to your Facebook buddies on your Android as well as iOS device.

The VOIP calls feature is still being rolled out and is available in Canada only at time of writing of this article.

VoIP is not a new feature.  There are many free VOIP calling apps already available (Viber and Skype being the popular ones). But having VOIP feature added to Facebook directly is definitely going to be a game changer. You would surely have more Facebook buddies then you would have friends with apps like Viber or Skype. So, I am really looking forward to international roll out of VOIP calling feature of Facebook messenger app.

To make VoIP calls, just tap on the “I” icon at the top right of the app page.

Users of other countries: Right now tapping on “I” button lets you view the timeline, mobile number details, and the location on Google map of any of your Facebook buddy. It will start working as soon as the app developers enable the feature in your country. 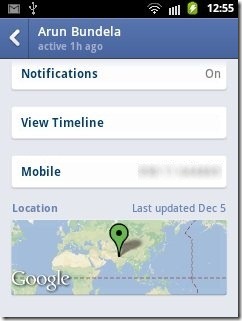 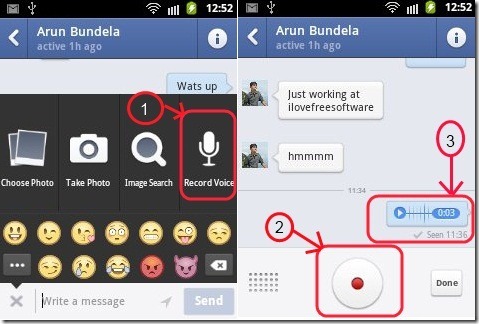 Note: I tested this app on my Android phone and it worked well. The feature has been rolled out for iOS devices as well and it should work fine there too.

So, making VoIP calls and sending free voice messages to your Facebook buddies has become an easy task for smart devices having Facebook Messenger app installed.

Download the app from here. Or, scan the QR Code below and get the direct download link. 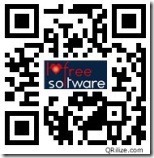