Fun Run 2 is a free iPad multiplayer racing game in which you have to race against real opponents from around the globe. This is not a typical car, bike or any other racing game; instead, it is a really entertaining racing game with slightly different rules. In this game, you can collect different powers like lightening, magnet, gun, etc.. which you can use over your opponents to leave them behind and get an edge to reach the finish line first.

Just like power ups, the game includes different obstacles, which if not avoided can prove to be bad for you. Some of the obstacles are sharpen teeth like structure, which might bite you causing you to reach the finishing line late. 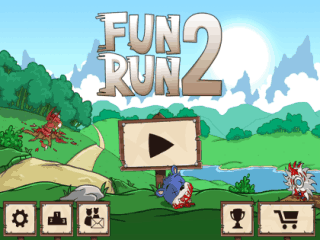 Apart from racing, you can make new friends by adding the contestants to your friend list, personalize your character, and invite your friends to play against them.

You need to register with the Fun Run 2 app so that all your progress can be synced and you can play the game from any device. On successful registration, you will see the screen showing the game modes: Practice, Quick Play, Friends. 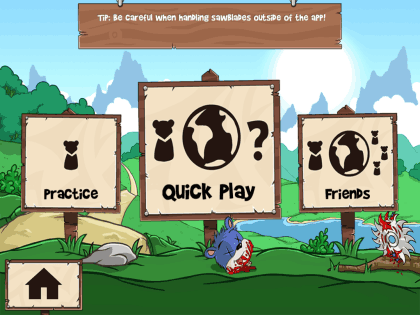 The Quick Play mode is for playing against real opponents from different parts of world. Tap on it and game will connect you with 3 players to start the new race. You can also tap on the tracks to vote for it and the most voted track is selected as the main track for race. 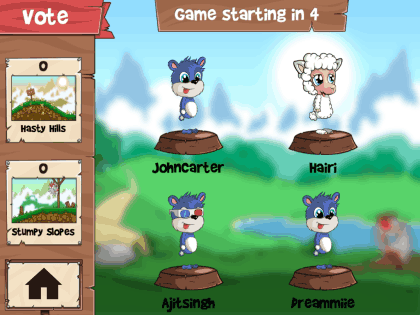 When the race starts, you will see the racing screen as shown in screenshot. You can see that the characters are of wild animals. The character runs on their own but you can swipe right to increase the speed and tap on the arrow key to jump the character to avoid obstacles and jump over the gaps. 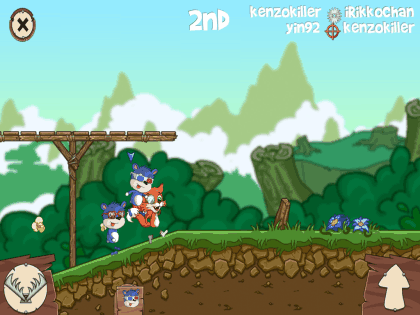 As you will run through the race, you will collect different boosts and power ups which you can use over your opponents to get an edge to win the race. You have to tap on the icon at bottom left to use the power ups while the top right corner displays the status of different power ups used by other users. 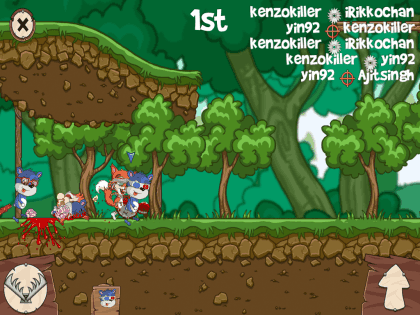 When the race gets finished, you will see the award ceremony as shown in screenshot below. You will also earn coins depending on the position on which you finished the race. 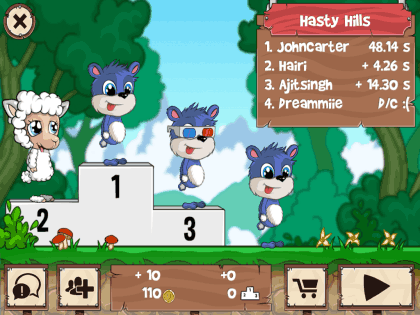 This way, you can race against real opponents and have fun.

You may also like: 5 Free Bike Racing Games for iPhone.

Fun Run 2 is a really entertaining and fun filled iPad multiplayer racing game. I really loved playing this game and enjoyed a lot. I really liked the feature of collecting power ups and using them upon opponents. Do give this a try, you will love it.