ZEN Launcher is the smallest Android launcher and comes with app usage tracker. Talking about the size, the ZEN Launcher is light-weight as it is only 957k which means even less than 1 MB. But don’t get fooled by the small size of this launcher because ZEN Launcher has a tag line Less is More and believe me, it delivers upon the promise. Coming to the features, the launcher has a minimalist design with sections for adding custom widgets, browsing most used apps, latest installed apps, quick toggles, voice search and weather update.

The unique feature of the launcher is its inbuilt app usage tracker. It shows you the Top 10 most used apps along with the number of times you unlocked the phone and amount of time spent on the phone. The launcher sends you reminders related to sleeping time, app over-usage time, etc.. 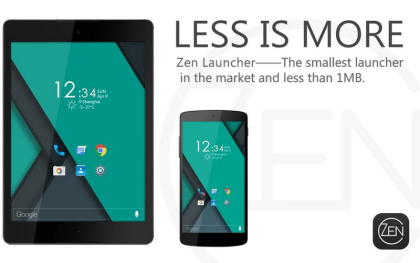 You can see that the default home screen of the ZEN Launcher is showing the time, date, day, temperature, some app shortcuts, and the Google voice search bar at the bottom. 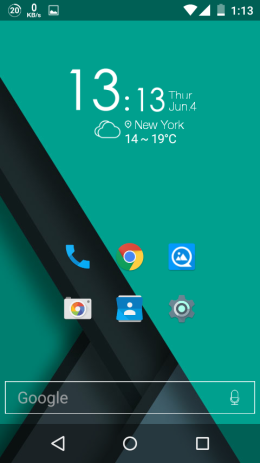 On swiping to the right side, you will see the list of Most Used and Latest Installed Apps. At the bottom, you can see that there are 5 quick toggles for Brightness, Volume, Wi-Fi, Mobile Network Settings, and Flashlight. However, the working of these quick toggles will depend on the functionality offered and supported by your device. 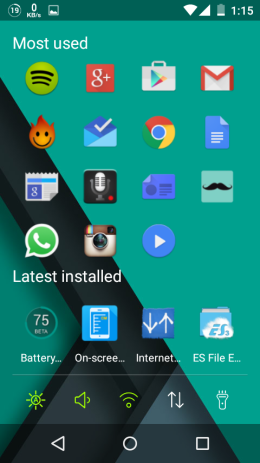 If you will swipe to the left side, then you will see the interface for adding widgets to get information from your favorite apps quickly and without opening them. Tap on the + icon to see the list of all the supported apps for adding the widget. A few apps might also have multiple widgets. 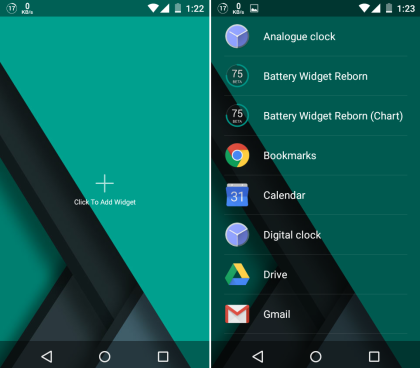 Tap on the widgets that you want to add and they will be visible to you instantly. To remove any widget, tap and hold on it and choose Delete option from the bottom. 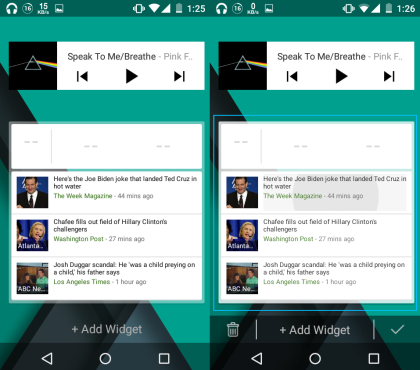 To get access to the app drawer, you need to go to the home screen which shows Most Used and Latest Installed apps. From here, swipe to left from the right side to get a sidebar. This sidebar will show you all the installed apps on your phone in alphabetical order. You need to swipe up and down to browse all the apps. You can also tap on any particular alphabet to see the apps with the initial letter of their name matching with the alphabet chosen by you. 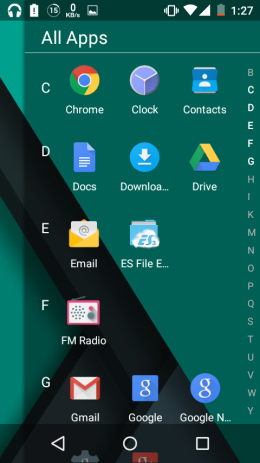 If you want to check the weather update for your current location or the one set by you, then you simply need to tap on the weather widget displayed at the home screen. It will show you 5-day weather update which includes a maximum/minimum temperature and the weather type. You can also switch between Celsius and Fahrenheit from here. 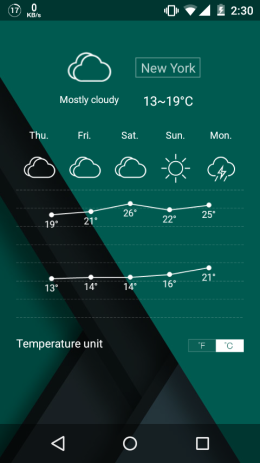 This is the option which shows you the app usage and reminds you about over-usage. To access this feature, you need to tap and hold on the empty space on the home screen to get a few extra options. From these options, tap on the Smart Reminder option. 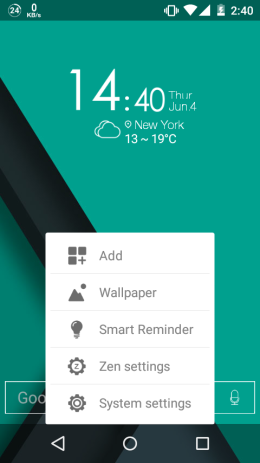 It will show you the interface shown below. Here, you can see the number of unlocks and time spent on the device. Just below it, you will also see the list of top 10 apps used by you, but you need to use them for a considerable amount of time before they start showing up in the list. 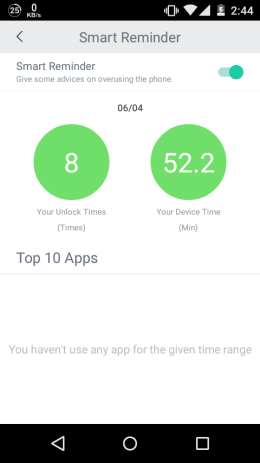 You may also like: Top 7 Free Launchers for Android.

ZEN Launcher is a really amazing Android launcher despite being low on size. It performs its task very efficiently and also makes sure that you don’t overuse your phone. Do give it a chance.