This tutorial explains how to resize Taskbar icons in Windows 11. The new Windows 11 Taskbar is very polished and looks cool, but for certain users it stirs up a feeling of disappointment as there are no options to tweak its look and feel. Windows 10 had an option to switch to small icons, but in Windows 11, Microsoft seems to have abandoned that for unclear reasons.

Luckily, I was able to find a Registry tweak which can be applied in order to get small as well as large sized Taskbar icons in Windows 11. And in this tutorial, I will mention a step-by-step guide to demonstrate how to do that.

For simplicity, the developer who found this Registry hacked converted the whole thing into a Batch file. And you just run it, specify the icons size, and it will apply the new Taskbar settings immediately.

A little downside of using this method is that, in small icon mode, it conceals the system date. But if you somehow manage to remove system date from Taskbar then it wouldn’t look odd. 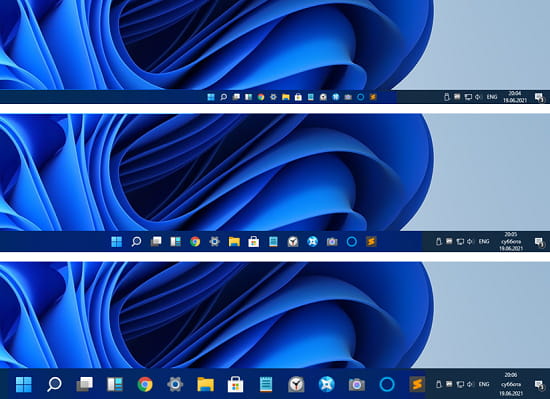 How to Resize Taskbar Icons in Windows 11?

If you have a working Windows 11 PC, then you can get started by downloading this batch file, TaskBarSize.bat. By default, Chrome or Edge will block this file, but you just allow it to run on PC. 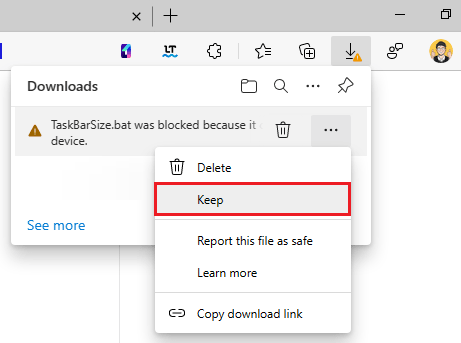 Find it in the Downloads folder and run it by double-clicking on it. A CMD window will show up as shown below, prompting you to enter icon size preference. 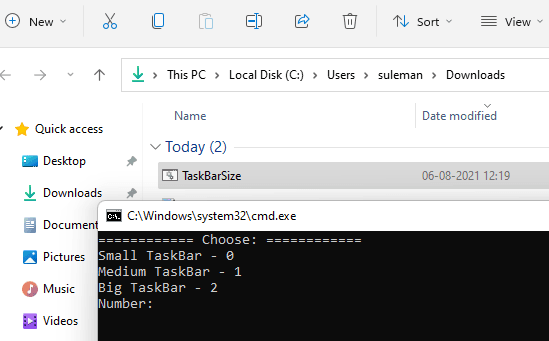 Right now, it supports 3 different sizes. Press 0, and it will change the size of the Taskbar icons to small. You can see this in action in the screenshot below. And I have also mentioned a little downside of this in the beginning. 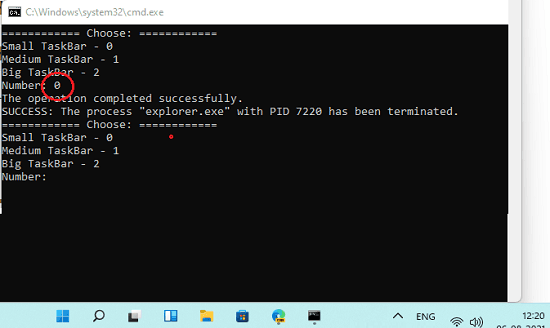 For having extra large Taskbar icons in Windows 11, you press 2. It will take a few moments to restart Explorer, and you will have large icons on the Taskbar. You can see this in the screenshot below. 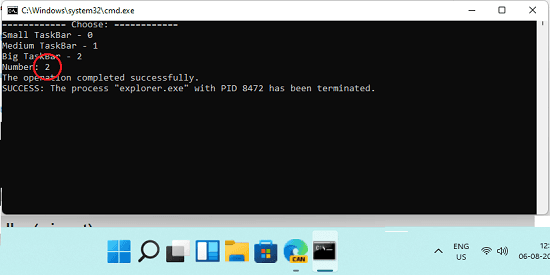 Similarly, you can fall back to the default size, which is medium, by entering 1. This is as simple as that.

In this way, you can use this simple batch file to change size of Windows 11 Taskbar icons with ease. All you have to do is just enter the choices in the CMD window that it opens and when it has applied the settings, you can just close it and run again when you want to switch to different Taskbar size.

Though not pixel perfect, but this script does work, and you can actually have large as well as small taskbar icons on Windows 11. I really hope that in the later updates there would be a built-in option for this, but for now, you will have to make peace with this third party script I have mentioned here.