This is a simple tutorial to explain how to create responsive ads in Facebook ads manager. Facebook recently launched responsive ads a year after Google. With the responsive ads, you can create multiple variations of the ad head lines and text and finally publish it. This sounds like A/B testing but actually it is not. It is quite different from A/B testing as here it chooses the combination of the ads to show based on the user. Here I will mention some simple steps to help you in getting started with the Facebook ads.

The new responsive Facebook ad feature that Facebook has launched will help the advertisers create multiple variations of same media ad. There is not much you have to do in order to make a responsive ad. You just proceed in the traditional way and you just have to specify multiple headings and text for the ad you want to run on. It is simple as that.

Creating Responsive Ads in Facebook is actually very simple. The process is pretty much same and once you memorize it then it will be easier to create the ads next time. So, the first step is to log in to your Facebook Ads Manager account and then simply choose image or video type ad. You can also choose other format and then proceed further. 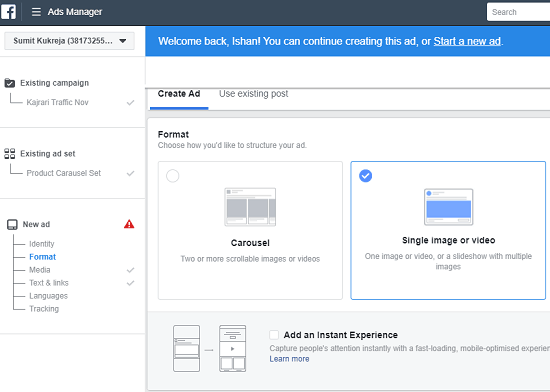 Upload the image and move the main part. Now, here you have to specify the primary text. In addition to that, you can create some variations for it. To do that, you just click “Add another option” and then you are simply done. After this, you can move to the headline part and specify the main headline along with its variations. Do note that, here you can add up to 5 variations for headline as well as for the primary text. 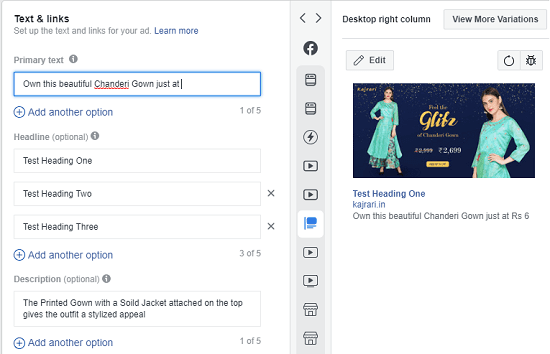 Next, you can see the preview of the final ad that will be visible to the end users. For this, you click on “View more variations” and then a popup will show up. Here you can see the preview of the ad that you have created with all the variations that you have defined. Use the different dropdown lists to select a headline or text and see the corresponding preview. You can even opt to see the desktop or mobile preview as well. 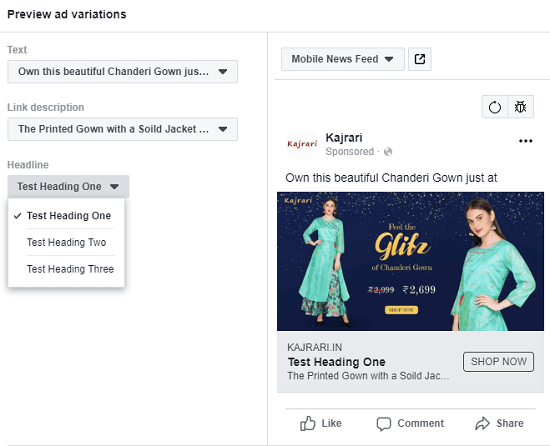 That is all about creating responsive ads on Facebook. After you have finalized a responsive ad then you can publish it and start receiving the stats. If you are already a Facebook advertiser then you will easily understand this and will be able use in your next campaigns.

If you haven’t head about this new update on Facebook Ad manager then this tutorial will be of great help. The 3 simple steps mentioned here will help you quickly get started with the responsive ads and you can learn more about it here. So, if you were waiting for responsive ads to arrive for Facebook then now they have. You just create your first campaign by involving multiple variations of the ad and then you are all set.