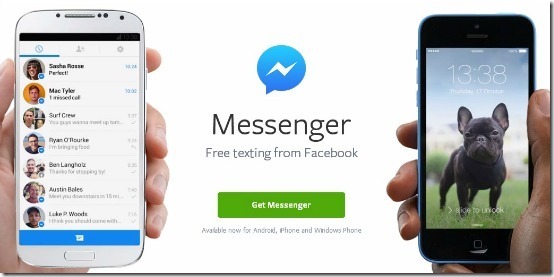 FB Messenger started with basic texting capabilities, but kept on improving, adding VoIP calling in 2013. With free voice calling, it hopes to compete better against the likes of Viber, WeChat etc. But is it any good? Let’s check it out.

Installation of the App on both smartphones is a pretty standard affair. You go to your device’s app store by tapping the respective icon, search for Facebook Messenger and install the thing. No big deal!.

The Interface is pretty straightforward, and pretty homogeneous across platforms. Your online contacts show up as a list.

NOTE: All the screenshots in this article show iOS and Android UI side-by-side. The screenshot to the left is from a iPhone, and that on the right, from a Android phone.

To initiate a voice call with any one of your contacts who have Facebook Messenger installed, tap their Name.

To initiate a voice call over VOIP, simply tap the small Phone icon (marked with the black arrows) after the contact’s name. Check out the screenshot below: 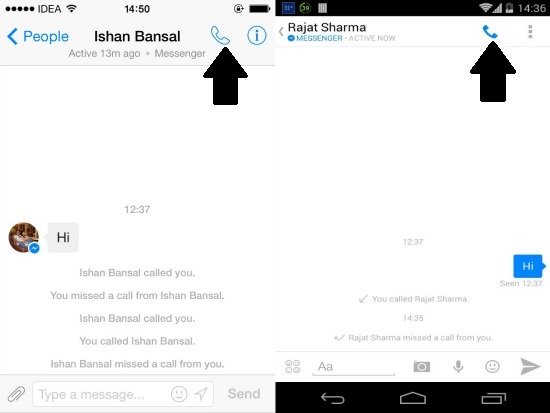 Note that your contact has to be online for this to work.

Answering Incoming calls from your contacts

Whenever you receive an Incoming call from one of your friends, answering the call is as simple as tapping the answer button or the green phone icon. Nothing more! 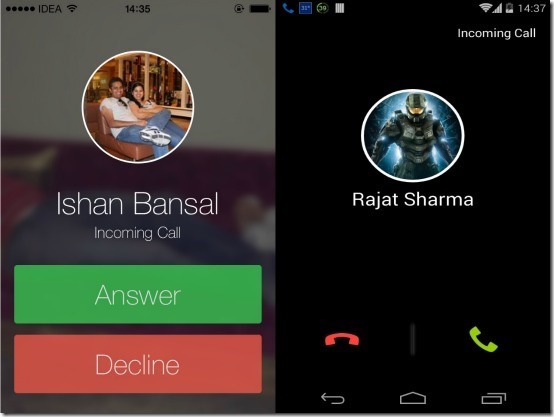 Whenever you’re on an active call in Facebook Messenger, you get the standard set of options, the same as you would get if the call were to be placed through your Cellular network. You can temporarily mute the call, or put the caller on the other side on speaker. There is no option to make group calls yet. 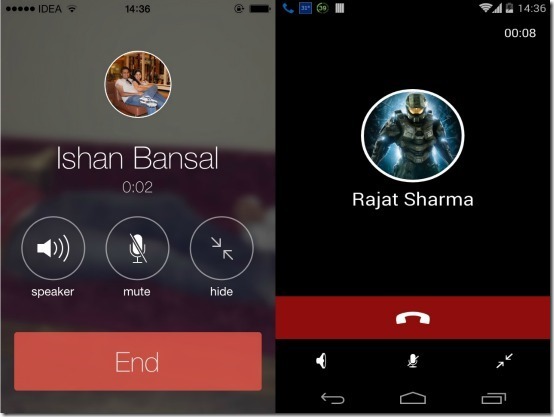 That’s all there’s to it. As it’s clear from the above discussion (and associated screenshots), the voice calling feature is pretty easy to access, and at the same time, intuitive.

It’s quite obvious that Call Quality depends on the speed of internet on your device (Wi-fi or mobile data; whatever you might be using). Although the Wi-Fi signal for this review was excellent for the most time, but even when both smartphones were deliberately moved a bit away from the Wi-Fi source, thereby decreasing Wi-Fi radio strength, Facebook Messenger was able to hold on to the call quite well. The voice was clear, with no dropped calls or muffled audio. Beware Skype!

In essence, if you’re a FB addict who likes to be able chat with his/her friends, and wouldn’t mind actually talking to them at times instead of just typing incessantly, Facebook messenger should definitely have a place in your smartphone’s App selection.

What do you think about Facebook Messenger? Do you use the voice calling feature regularly? How good it is? Do let me know in the comments below.