The target given to you varies depending on the mini game you are playing. These 4 mini games are: Circle, Time, Angle, and Length. I will explain the complete game play later in the article for each of the 4 mini games. For each game, you are shown how you fare against target along with a leaderboard. 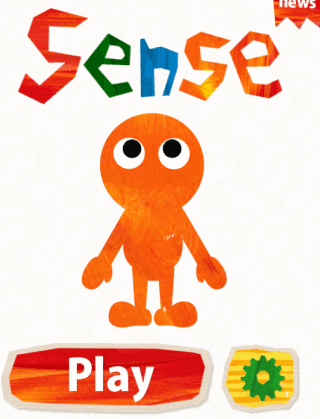 Gameplay of this iPad Arcade Game to Use Your Sensing Ability to Win:

On launching the game, you will see the Play button on app’s home screen. Tap on to see the name of 4 mini games: Circle, Time, Angle, and Length. You can choose to play any of the mini games. I will explain gameplay of each of them one by one. 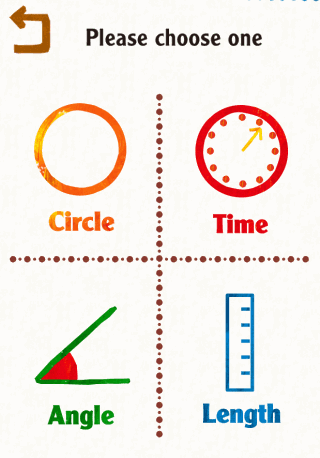 In this mini game, the game shows you a circle which you draw exactly same using your finger. When you are ready to draw, tap on screen once. The circle will become invisible as soon as you will tap on the screen. So, its advised to tap only when you have seen the circle properly.

When circle becomes invisible, you can start drawing it but do remember, you have to draw it similar to the original circle as much as you can. On completion of drawing, the game will show you similarity of your circle with the original circle. The similarity is shown in percentage. After this, you can choose to replay the mini game or go to next mini game. 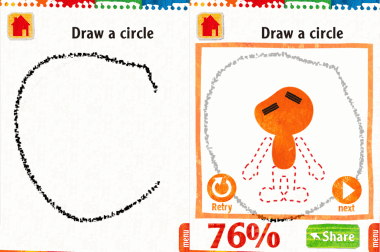 In this mini game, you will see a text “Touch START and STOP” on center of screen along with a time limit at top of screen. To win this game, you have to START and STOP the timer as close to the duration mentioned above. 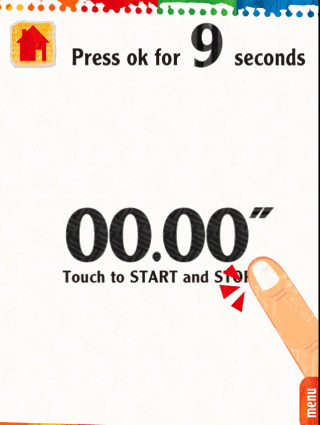 The trick in this game is as soon as you will tap on START, the game will make the timer to go invisible. It means you have to sense the speed of time to anticipate that moment when you have tapped on START for given time interval. 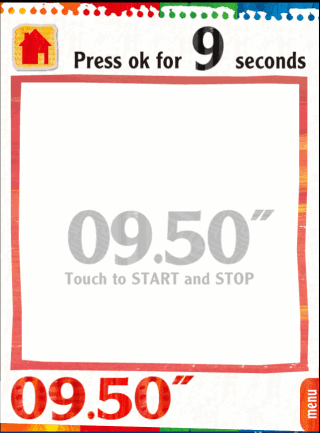 In this mini game, you have to make an angle which is displayed to you as a target on top of screen. For making the angle, you can see that there is a Green colored bar. 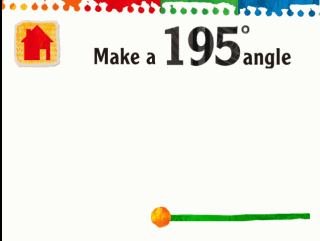 You have to tap on this bar and move it anti-clockwise till the point when it becomes equivalent to the angle specified by app. 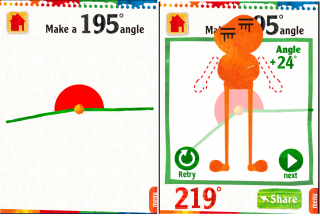 The app then displays difference between the angle drawn by you and the original angle.

In this gaming mode, the game will show you a length. You have to draw length equal to the one specified by the app by anticipation. 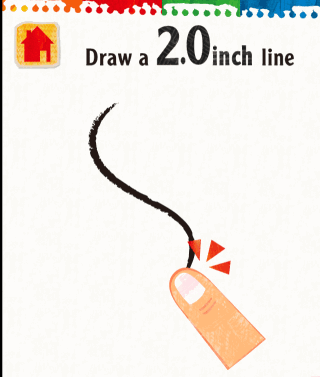 After completion, you are shown the difference between length of line drawn by you and the one specified by the app. 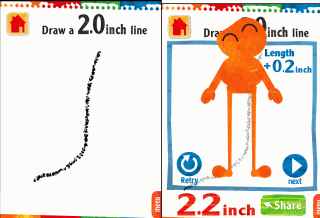 At the completion of all mini games, you can check your scores from a single interface. 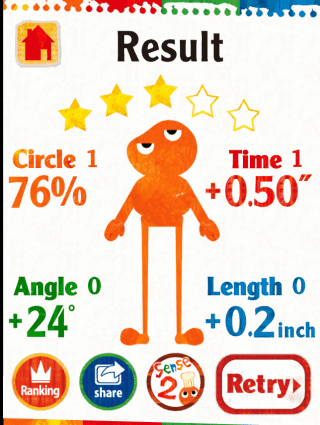 Sense is a good iPhone arcade game to use your sensing ability to win. All the 4 mini game are cool and enjoyable. The best thing I liked about the game is that it is suitable for all age groups. Do give it a try.