Falldown 3D is a free game developed by Applidium, available on iPad, iPod Touch, iPad, and Android. It is a very straightforward, nerve-rattling and reflex action game. The mission is to simply avoid the ball from going off the top of the screen. There are numerous wooden bars that serve as obstacles. These obstacles have to be crossed in time.

The game play is seamless and the interface is simple. The overall feel of the game is par-excellence, which coupled with the sound effects makes it an enriching experience. 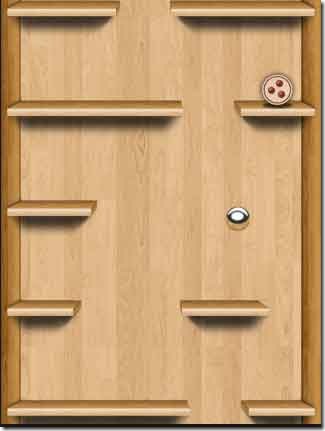 How to Play Falldown 3D:

For playing this game, it is necessary that your device has a built-in motion sensor; don’t worry, most of Android and iOS devices have it. Using that, the player has to tilt the phone in the direction he/she wishes the ball to roll. The points are given on the basis of each wooden plank crossed successfully. The players can choose from various difficulty levels. As the difficulty rises the speed with which the screen moves upwards multiplies. Not only this, with rising difficulty more points are garnered for each wooden plank dodged. Falldown 3D even surprises the players with bonuses. These are in the form of: 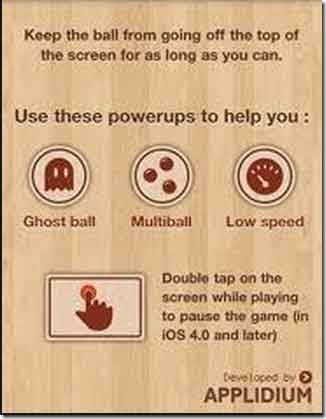 Multiball bonus which multiplies the balls in the game. This helps to add more points and also helps the player to survive longer.

Ghost ball Bonus which makes the ball invisible to the planks, thus helps in moving forward without any trouble.

Low Speed Bonus which reduces the speed of the upward movement of the screen thereby giving more time to the player to survive.

Different balls like the golden ball are unlock-able which improve the overall performance and the feel of the game.

+ The wooden feel of the game is awesome.

+ The bonuses keep the interest of the players going.

+ The excellent way the balls roll in the game.

+ The rankings and achievements are icing on the cake. 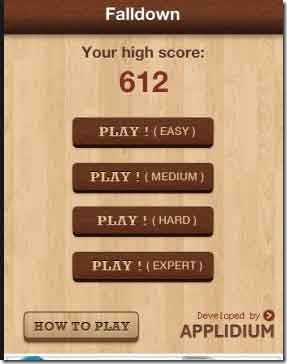 Surprisingly, there is nothing to dislike about the game. Except for the fact that my high score was wiped out when I updated the game to a newer version. But, I don’t constitute it as a negative.

All in all, Falldown 3D is a must have app for motion sensor game fans. It is exceptionally engrossing and with a plethora of bonuses, rankings, unlock-able achievements, the experience just gets better.

Get it for iOS Here and Android Here.