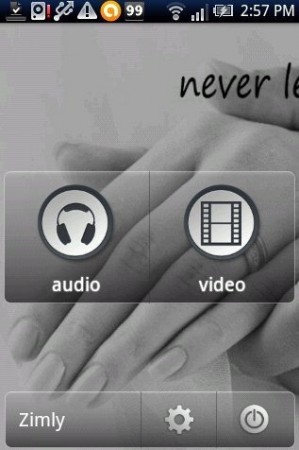 After launching this Android media player, your Android phone looks as if it is a music pod with music and videos to play.

The good part of this Zimly media player is its folder identification. By playing a song, you can easily identify that of which folder the song belongs to.

You can even stretch the video being played by the music player.

This Android media player is one of the perfect player to manage and play your media files on Android.

Search for “Zimly The Coolest Media Player” app in Google Play Store. If have Barcode Scanner app installed on your Android phone, then scan the QR code below and then tap on install button to install the Zimly media player app. 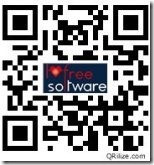