PhoneTrans is a free Windows software which acts as an alternative to iTunes. PhoneTrans allows you to transfer media files which include audio and video file between iPhone and computer. You can export any media file from your iPhone, iPad, or iPod touch to computer and vice-versa.

This alternative to iTunes needs your iPhone / iPad / iPod Touch to be connected via USB cable to start the transfer of media file between computer and device. Apart from media files, you can even manage all your installed apps, TV shows, Podcast, ringtones, and more. 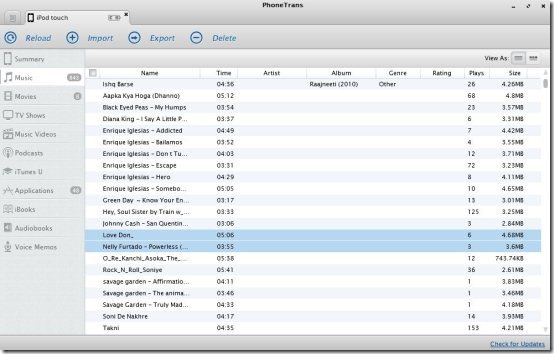 We normally use iTunes on our Windows PC to transfer media files from PC to our iDevice. However, iTunes is quite  heavy in size. With the lightweight PhoneTrans, you can perform necessary actions of managing media files between iPhone and computer. Like iTunes, you can easily browse audio files according to the music folders which you have created on your iPhone.

There are some shortcomings which I found while testing this iTunes alternative. You cannot browse images saved on your iPhone, iPod touch, or iPad. This means you cannot use this freeware to transfer images between PC and iPhone. Another shortcoming of the freeware is that, unlike iTunes it does not allow you to play the audio or video file which you are browsing from iPhone, iPod touch, or iPad.

Earlier also we have reviewed some alternative to iTunes for Windows PC.

Why You Should Install PhoneTrans?

PhoneTrans allows easy export and import of media files between PC and iOS; even easier than iTunes. Also, as mentioned above, this freeware is far lighter in size than iTunes. You can manage almost everything on your iOS with this simple iTunes alternative.

Features Of This Free Alternative To iTunes:

Transfer of media files: Of course, this software makes media transfer (audio and video files) easy between computer and iOS. You can easily export media from your iOS to computer and import any media file from computer to iOS. 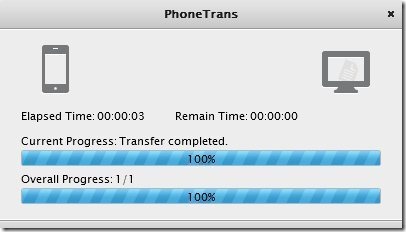 Alternative To iTunes: The freeware acts as an alternative to iTunes. You can manage your music, video, apps, podcast, tv shows, and the like.

Supports all iOS devices: The app supports all the iOS devices (iPhone, iPad, and iPod touch) which includes the old ones and the latest ones. It is truly a good feature as many of the smart phone users might have old iOS devices too. Do note that it doesn’t supports classic iPod or iPod Nano.

Simple User Interface: PhoneTrans has simple and easy to use interface to manage media files with ease.

Find similar software CopyTrans to transfer songs from computer to iPod with iTunes.

Finally, I would like to say that PhoneTrans is one of the great freeware which can be easily used as an alternative to iTunes. Also, for all iOS users reading this article, I would suggest you to install this freeware and start managing your media in an easy way between computer and iOS.