Spews (Simple Process Excluding Wallpaper Switcher) is a free and portable automatic desktop wallpaper changer with configurable refresh rate. It is non-obtrusive and runs silently in the background. The main feature of this wallpaper changer is the ability to exclude certain processes, where it will automatically stop switching wallpapers if it finds a process name you added in the Exclusions list. Spews supports all major image formats, such as JPEG, JPG, GIF, BMP, and PNG. You can also configure hotkeys, using which you can override the automated process.

Higher versions of Windows like Ultimate, Home Premium and Professional have this feature, where Windows will change the wallpapers at regular intervals for you. Spews can prove to be a better substitute for the stock experience provided by Windows. Let’s find out! 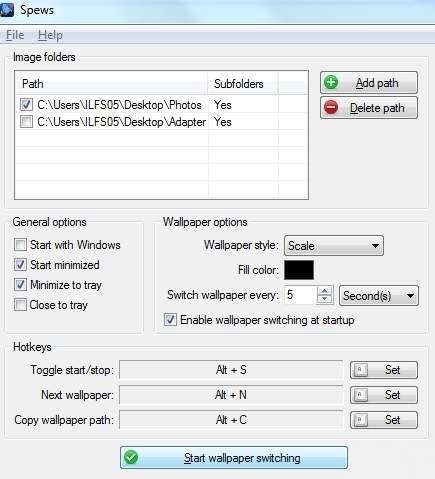 How to Set Up Automatic Desktop Wallpaper Changer

Spews is a portable application and does not need any installation. Execute the program that you have downloaded to get into the main interface.

The Wallpaper Options lets you select the time duration of each wallpaper. In other words, you can configure the refresh rate, which can be as long as 100 hours, after which Spews will switch the wallpaper. You can also set wallpaper style and the background color. 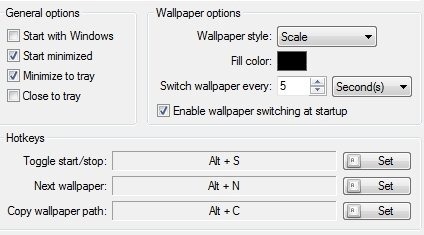 Spews also lets you configure three hotkeys: Toggle start/stop; Next wallpaper; and Copy wallpaper path. You can set different combinations of keys to set up the hotkeys.

I faced a problem here! 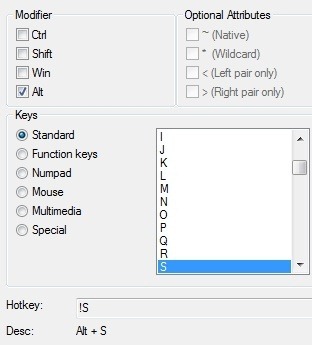 When you set up a particular hotkey, the designated key won’t work in other applications. For example, If you set up ‘S’ as hotkey for Start/Stop toggle and ‘N’ for Next wallpaper , you will not be able to type the letter ‘S’ or ‘N’, or ue that key i aother oftware!!

So, it is better not to use a single letter or numeric keys—create combinations of keys, which are not used regularly–so that you don’t face the same problem.

Now, coming to the main feature of the program, you can exclude certain processes. When an excluded process is running, Spews will automatically suspend the wallpaper switch. Certain programs , especially heavy games, can be configured in the Exclusions list to avoid any glitch in the graphics during gameplay. You can select processes from the given list or manually add them.

This feature is the gem of this software and the reason why it is better than the stock Windows wallpaper changer! 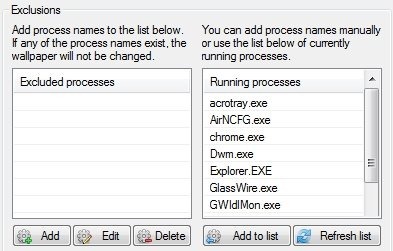 What is Missing in Spews

Spews still gives you a stock experience, as you won’t be able to change or set a transition effect other than the default one. I would love to see the preview of the wallpapers  before starting the automatic switch. Also, there is no clock or counter telling you the time until the next wallpaper switch. And most importantly, it does not lets you get wallpapers from online sources, like using NASA images or Bing images (some other wallpaper changers like Picture Thrill and Pulse let you do that).

Spews is a very practical application and does exactly what it is intended to. Setting up the automatic wallpaper changer is really easy. The process exclusion feature is a big plus point. Moreover, it works silently without affecting the performance of the system. The only issues I found were the ones mentioned above. Other than those, Spews is one of the best substitute for Windows stock wallpaper changer.