This tutorial explains how to take long screenshots on Android. 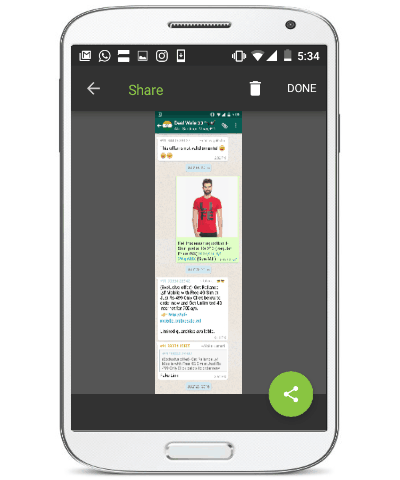 How to Take Long Screenshots on Android:

Step 1: After installing this app, simply open it up and you’ll see a “+” button at the bottom of the screen. Tap on the “+” button in order to import screenshots from your phone gallery. Remember, this app doesn’t have any option to capture screenshots. That means you’ve to first capture them using the native Android screenshot feature and then import them to this app. 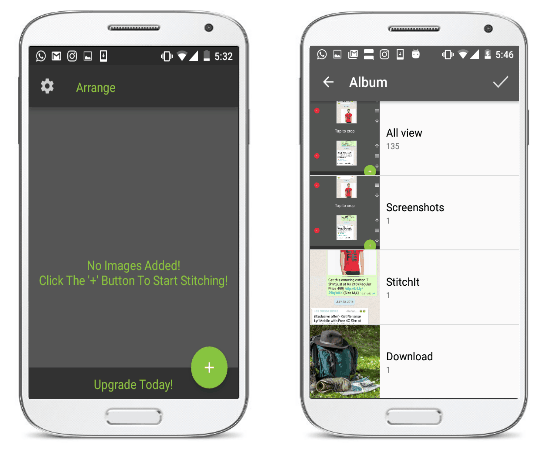 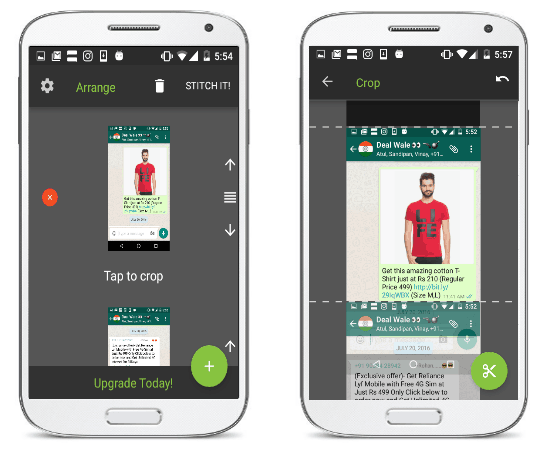 Step 3: While cropping your screenshots, you can also drag them to change their order in the long screenshot. When you’re done cropping all the screenshots, simply hit the “Stitch It!” button at the top. After that, the retouch screen will appear where you can do annotation and hide anything you want on the screen with the plain eraser. You can also choose different color and size for the eraser. 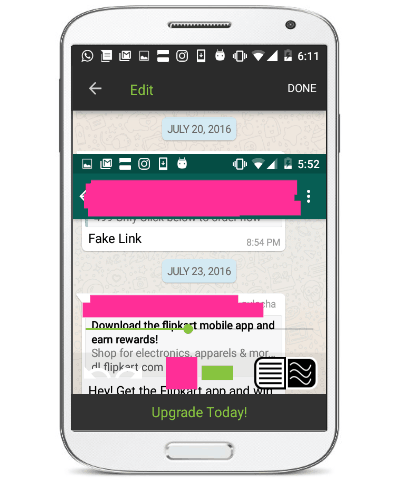 Step 4: Once you’re done annotating, simply tap on the “Done” button to proceed. After that, the app will automatically process your screenshots and stitch them up into one long screenshot, as shown below. You can also save and share the long screenshot via Facebook, WhatsApp, etc. 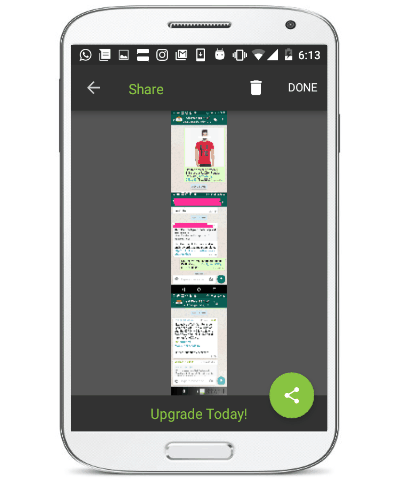 Get “Stitch It!” from here.