How to play Gladiator Game:

You have to register yourself in this online game and then you could play online gladiator game. Gladiator controls can be found above the game screen. Once when you get used to the gameplay then you could just fight with other gladiators in the arena. The graphics are stunningly real but the game perspective is limited to the fight so you don’t see any crowd in the arena. The tackiest game feature is the absence of rear attacking options in the 2D gladiator game. Once when you cross the gladiator during the fight you cannot turn around and attack which is a big spoiler for this online game. Another big drawback is that you cannot customize controls of the gladiator game. 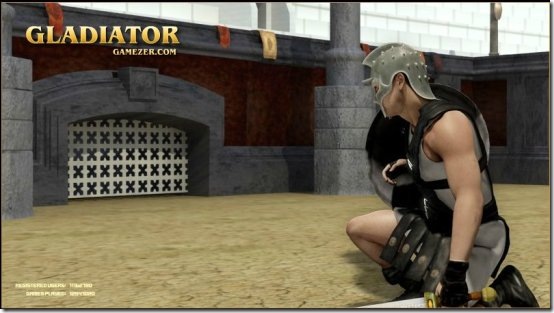 Another feature which is absent in this online game, you cannot play it with your online Facebook friends. Facebook games are becoming popular these days so every game hosting website has launched  free Facebook games or you could use Facebook connect to play. Playing with friends online is a good pastime and it could cover the deficiencies of the game. Moreover every online person spends some time on Facebook. It would be better to add more rooms in Gladiator game so that more users could play simultaneously. A demo version for Gladiator online game would be handy.

Gladiator is a free online game in the action game genre. It is a good pastime, you should play Gladiator game once in a while to bust your stress.