Along with the simulation feature Deeds also offers you to Generate VHDL Code using the created digital design. Also, Deeds lets you carry out to test the digital circuit in FPGA simulation.

Along with the simulation you can see below the part of the VHDL code that I generated for the Digital circuit. 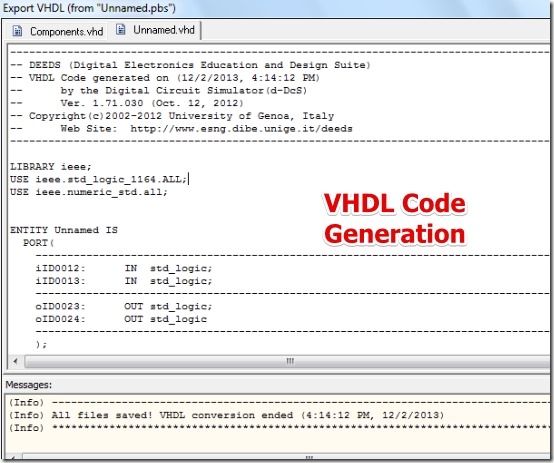 Also, the FPGA VHDL code can be generated in FPGA simulation in Deeds Digital Logic Simulator. See below to get an idea. 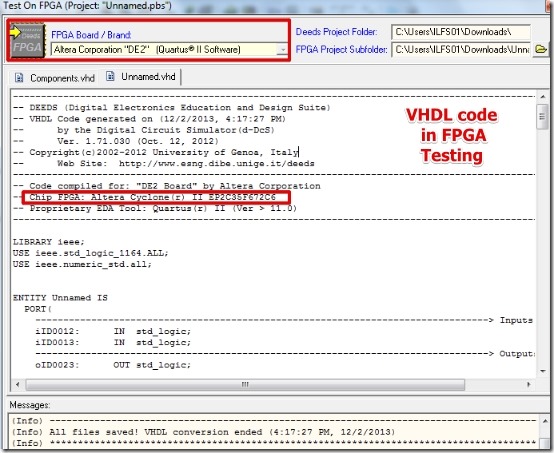 Note that I have posted only part of the codes not the complete Code.

Also, note that Deeds also offers simulation for Micro Computers and Finite State Machine models. I have not reviewed them. I have reviewed the Digital Logic Simulator part of Deeds in the article. You can try out other features also.

It is not at all tough to design the circuit and then simulate it, along with the VHDL Code Generation and testing in FPGA simulation.

After you run the Deeds Digital Logic Simulator you will have the user interface as shown below. 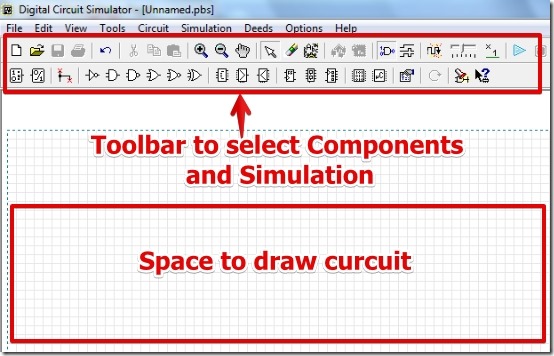 You can select wire, input, output, clock from the menu options. For the components Deeds offers:

After designing the circuit from the components, Deeds offers:

Deeds Digital Logic Simulator is a great free tool for designing and simulating the Digital Logic circuits. What I really liked is the ease of use and the simulation part. The option to create the VHDL code along with FPGA simulation is also cool. Based on cool features and efficient work I would recommend you to try it out.