People usually save Instagram posts from their feeds that they like to see them later. But sometimes, a lot of saved posts can get piled up in your account that you want to clean them. Since there is no native option on Instagram so you will have to do that hard way, which is via Instagram API. I found a simple script that does that and you can use it easily to unsave all saved posts in one go. Just run a simple command and it will do its work automatically. 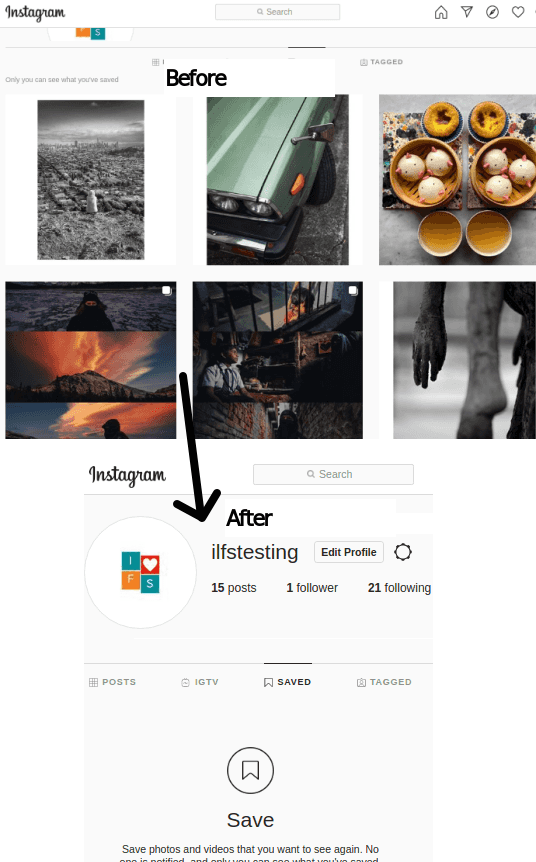 How to Unsave All Instagram Saved Posts in One Go? 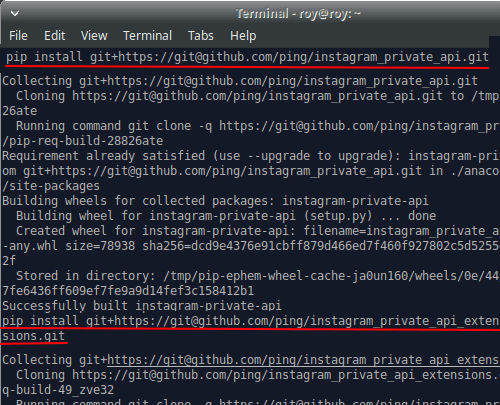 Now, you can get the script from here. Just copy all the code and save that in a “unsaver.py” file. Next, you can just switch the terminal to the folder where you have the “unsaver.py” file. And before running, you have to add your Instagram username and password in line numbers 5 and 6 respectively. 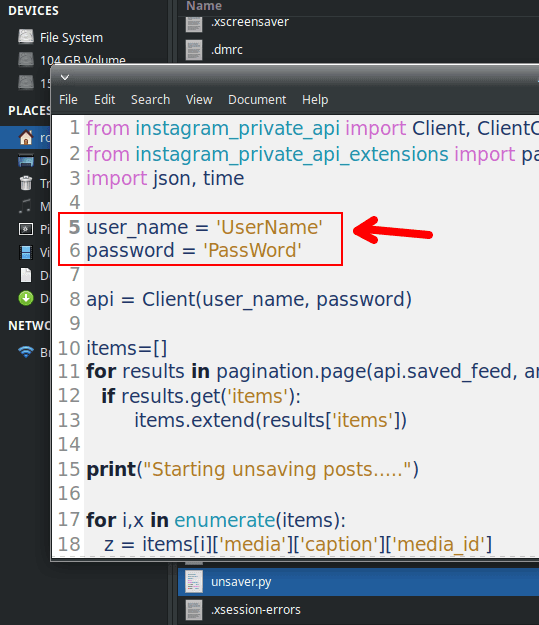 Now, everything is good and you are all ready to run the script. Just run the script by issuing the following command and let it do the rest. It will grab all saved posts from your account and will simply start unsaving them one by one. It will leave the media id of the post on the terminal that it unsaves. 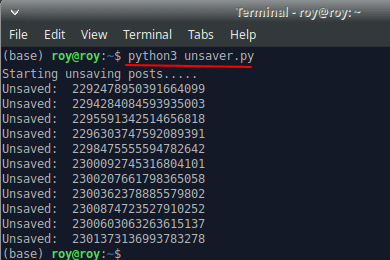 In this way, you can simply use this Python script to unsave all Instagram posts in one go. Just run the script and then simply get rid of all saved poss from your account. And if you are from a developer background then you can simply enhance this script by adding a simple GUI.

If you are looking for a simple way to unsave all Instagram saved posts then you can simply go through the tutorial here. Here you just need to follow simple steps in order to run a simple script to unsave all posts. If you have an experience working with command-line tools then you can easily use it. Otherwise, the steps mentioned should be enough to get started.