Here are 5 free 3D Facebook games that you can play while using Facebook. These 3D Facebook games are super exciting to play and will test your gaming skills. The best is you can play all of them right within the Facebook interface. I have added some first person shooting games similar to Counter Strike, an endless running game like Temple Run, and many other 3D games which you will definitely like. Read the complete article to know more about the gameplay of these Facebook games and choose the perfect one which suits your gaming genre. You can also play some classic games like Snake and Super Mario Bros on Facebook. 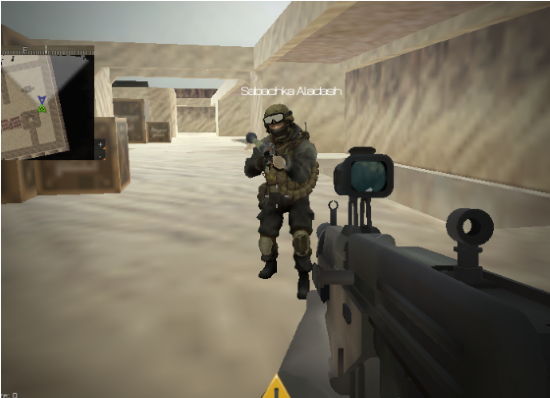 War Special Online 3D is the first 3D Facebook game on my list. Its gameplay is quite similar to Counter Strike or any other first-person shooting games. The best part is that it is a multiplayer shooting game. So, you can test your shooting skills by killing other players in the game arena. Visit the link provided above to directly play the game. The game first asks you to login or create an account if you want to save your progress in the game. However, you can also choose to play the game in the guest mode (game progress lost after the game is closed). Now, join a game room to play with other online players. After entering a game room, move your character around the game map by the arrow keys and when you see an another player on the map, press the left mouse button to shoot and kill that player. The game is never finished and a new life is awarded immediately after you die in the game arena, similar to Mini Militia gameplay. 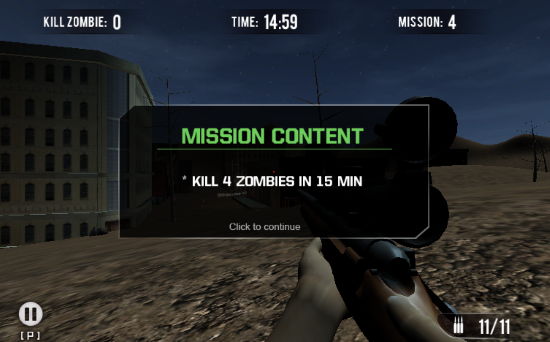 3D Zombie Dayz Multiplayer is another free 3D Facebook game to play while using Facebook. In this 3D arcade Facebook game, you have to kill the zombies in a level under a time limit. You can move to any part of the game map to shoot zombies and kill them. If zombies killed you during the war, the game is finished and you will have to start the level again. To clear a level, you have to kill the required number of zombies within the time limit. At first, you might think is pretty easy to play but as you reach to higher game levels, the missions become harder and difficult to play. I will recommend this zombie killer game as it is pretty addictive too. 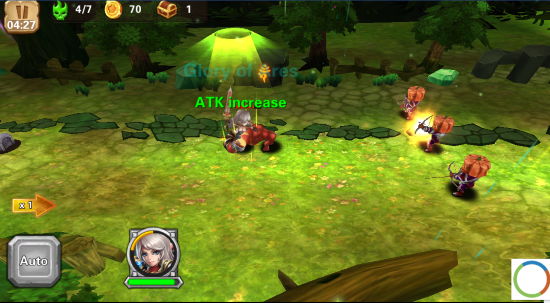 Battle of Gods is another thrilling 3D Facebook game to get over the boredom while using Facebook. It is a thrill-packed action game, in which you play as one of the gods and kill enemy troops in a war. The games come with tons of different characters which have special powers and items that can be used to upgrade their total health, attack speed, etc. Go to the link provided above to play the game. Once the game is completely loaded click on the Warzone tower which takes you to the game levels. For a particular level i.e. war you can select your team that will fight up against the monster team. After you have entered the war, the character moves automatically to an enemy troop and you will have to press the left button of the mouse to hit the enemy with your sword. To win a war, you will have to kill a boss god which are extremely powerful and hard to kill (if you haven’t recruited other gods to help you). Explore this adventurous 3D Facebook game from the link above. 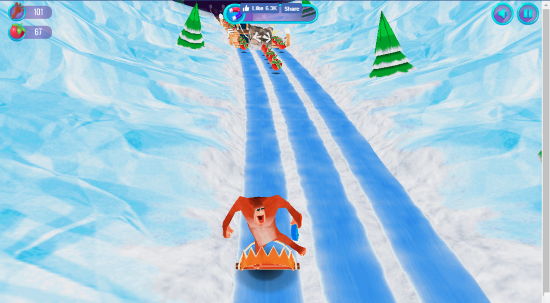 Yeti Run 3D is a funny endless running 3D Facebook game. The gameplay is quite similar to popular endless running games for Android like Temple Run and Subway Surfers. So, if you are looking for a running game to play on Facebook then this game can end your search. You have to run Yeti (Chimpanzee-like character) by preventing him from the obstacles on the track. You can make him jump, slide down, move to the different lanes while running. I really liked its smooth gameplay and the funny actions done by Yeti while playing the game. After you hit a trap on the endless running track, the game finishes off in a humorous manner which will certainly make you laugh. You can use the arrow keys to make Yeti jump, slide down, and switch the lanes on the track. Play this game from the link above. 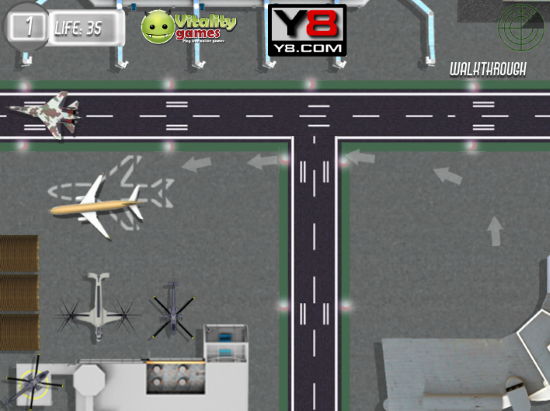 In this article, I introduced you to 5 free 3D Facebook games. I have added games from some of the most popular game genres like arcade, RPG, endless running, simulation, etc. So, check out the 3D Facebook games listed above and test your gaming skills while using Facebook. My personal favorites from the list are Yeti Run 3D and Battle of Gods 3D which I am thinking to play and finish the game stories. Do let me know which Facebook game you liked the most from the comments section below.