Screenshotter is a free iPhone screenshots manager app which lets you organize and manage screenshots in an easy way. The app is developed by the same developers team which created Cluster (an app to share your photos in private space). The good thing about the Screenshotter app is that you don’t have to do the hard work of searching the screenshots from the camera roll. The app fetches them automatically.

You can then create as many folders as you want to categorize. The app also saves all the categorized screenshots in a separate folder so that you can delete them from your iPhone’s camera roll and free up some space. In addition to above features, it also supports iCloud Drive backup for keeping a backup of your screenshots. 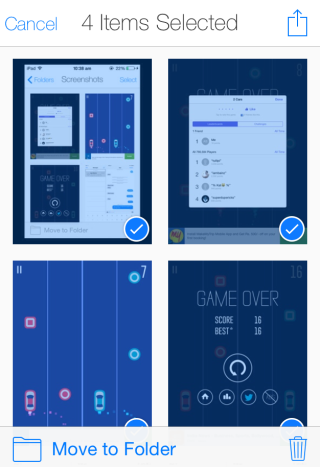 When you will launch the Screenshotter app on your iPhone, it will ask you to grant permission for accessing your photos as well as for syncing them with iCloud Drive. The first permission is necessary to grant for using the app while the syncing one is optional. 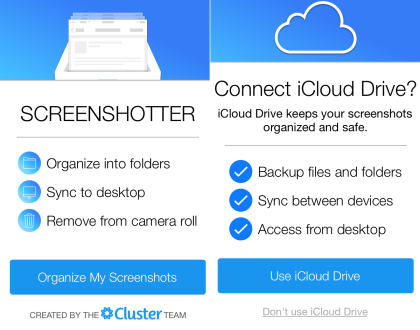 When you have granted the permission(s), the app will take some time to fetch all your screenshots and display them as shown in the screenshot below. You have to scroll to go through all the screenshots with option for selecting them at top right. 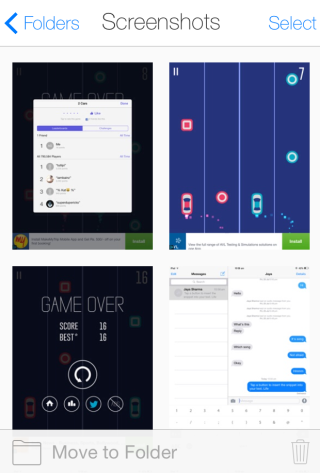 The app lets you select the screenshots you want, make custom folders, and move them to any of the created folders for categorizing them. Tap on Select option to go to selection mode and then tap on screenshots to select them. When you have selected the screenshots to move, tap on Move to Folder option at bottom. You can also delete the selected ones by using the delete option.

The Move to Folder gives you the choice of creating a new folder or use an existing one (if any). To create a new one, you only have to give it a name. When you have selected the folder, the app starts moving screenshots instantly. 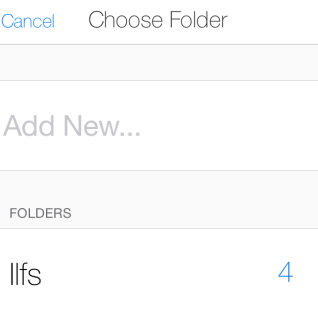 Here, you will see the list of all the folders, created by you, including the two default ones: Screenshots and Moved to Folders. The Screenshots folder shows all screenshots saved on your iPhone while Move to Folders shows the ones which you have selected and moved to any folder within the app. 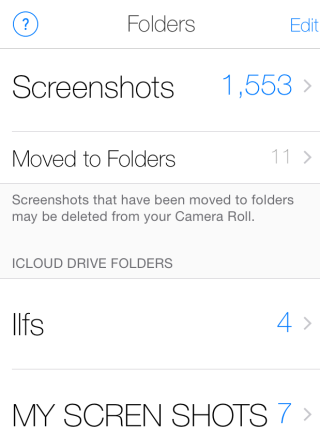 All the other folders, created by you, are displayed below the above two folders. Since these two are default ones so you can’t delete them. You can delete the one create by you very easily using the Edit option or swiping left on that folder’s name. 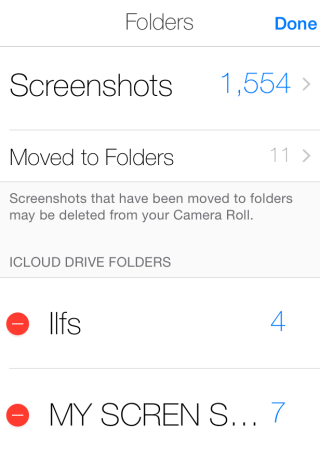