Drawnimal is a free application for iPhone and iPad which can be used to teach kids. Drawnimal can be used to teach a kid about three things, English alphabet, animal names and basic drawing skills. It uses a unique way of teaching students using a pencil and a paper. The child has to place the phone on the paper and use pencil to draw some minimum shape around the phone.

On completion, ‘play’ button is tapped and the drawing is completed using the phone screen. The application uses a narrative voice which tells the kid about the animal he/she has drawn. 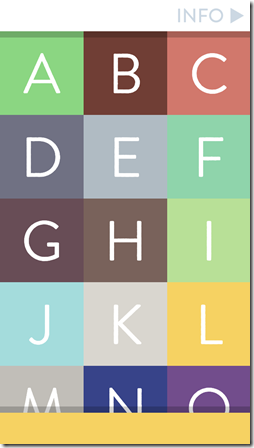 To begin with the drawnimal, you have to place the phone on a piece of paper and have a pen in your hand. In the next step you are taken on the alphabet screen. Not only the child learns the alphabet this way but also can know an animal name beginning with that alphabet. Once a letter is chosen, a drawing is shown on the screen.

This drawing needs to be replicated by the kid on the paper and around the phone. When the drawing is complete, tap the play button to complete the animal figure. During this process, the sound mentions the letter chosen and the animal name starting from it.

For example, if the kid chooses the letter ‘L’. The narration will say ‘L for Lion’. In the image given below, an attempt to draw Dolphin is made. 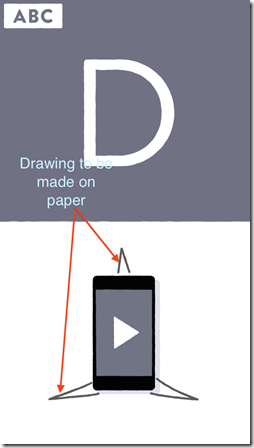 Drawnimal can alternatively be also put to use for teaching your child a foreign language. There are four languages supported other than English. These languages are Spanish, French, German and Italian. A kid can learn the alphabet and names of the animals in these languages as well. For making the application even more fun for kids, a special animation for each of the animal is added.

Whenever you tap on the animal in a completed figure, the animal makes a sound and does one of its characteristic moves. This way, child can also recognize these animals outside this application. Here is the screenshot of the animation of Dolphin drawn above. 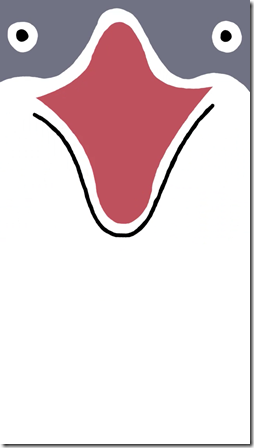 Drawnimal is a fun and easy way to teach your child the basic skills of childhood. The application has sound effects and animations specifically designed for the kids. It can be used as a powerful teaching tool.

Get Drawnimal for iPhone from here.