This article talks about 5 best video converter software for Windows 10. In our day to day computer usage, we have to work with a wide variety of files, and videos are one of the most common amongst them. And just like other computer files, video files are available in numerous different video formats. For this reason, it makes all the sense to have a powerful video converter application installed on your computer.

And that’s exactly what this article is all about. These video converters support a wide variety of video file formats, and also include features like batch conversion, device specific conversion profiles, and much more. Sounds like fun? Let’s find out more about 5 best video converter software for Windows 10. 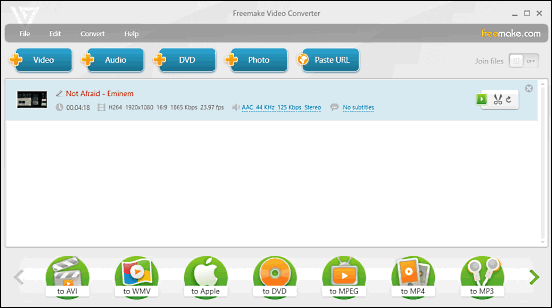 Simple, easy to use, feature laden; these are just few of the terms that can be used to describe Freemake Video Converter. The versatile application lets you convert amongst a huge variety of video formats in just a few clicks. Having a UI that’s both gorgeous and intuitive, Freemake Video Converter can not only convert the videos stored on the computer’s hard disk, but also from DVDs and even video sharing websites via URL fetching. Prior to conversion, you can specify advanced settings for both video (frame rate, codec etc.) and audio (e.g. bitrate, channels). Custom conversation profiles can be saved too. Freemake Video Converter supports an astounding 300+ video formats, including AVI, MP4, WMV, SWF, and FLV. Click here to find out more. 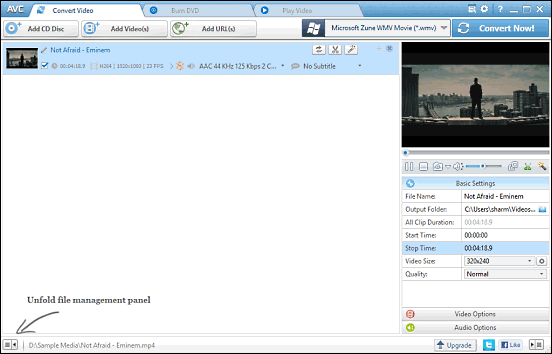 Before getting started, let me tell you, Any Video Converter is not for the weak of heart. Ridiculously powerful and crammed with endless features, it’s one of the best video converter software for Windows 10. Any Video Converter includes hundreds of preset conversion profiles, covering a plethora of devices (smartphones, gaming consoles etc.) and platforms (e.g. Xbox 360, iOS, Android). All you have to do is add the video you want to convert, choose the desired output profile from the drop down box on the top right corner, and hit the Convert Now! button. Before starting the conversion process, you can tweak a whole lot of settings, such as video/audio codec, desired quality etc. via the right pane, and the same pane can be used to preview the video as well. From 3GP to MP4, and from DAT to WMV, Any Video Converter is compatible with over 200 video formats. To read more, click here. 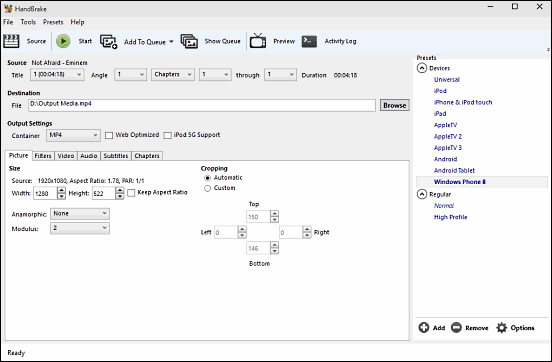 Although it’s name suggests exactly that, HandBrake has absolutely nothing to do with vehicles. In fact, HandBrake is one of the most robust video converter applications out there. The open-source program lets you convert even the largest of video files without a problem. It comes with a number of built-in conversion profiles, suited for most smartphones/PMPs like iPod, Android tablets, and Windows Phone devices. And if you don’t want that, you can always create custom profiles, by specifying settings such as output resolution, cropping, video/audio encoders, embedded subtitles, chapter markers, and then some more. Batch processing is there as well.  HandBrake supports nearly all common video file formats as input, but can output only in the MP4 and MKV container formats. Read more here. 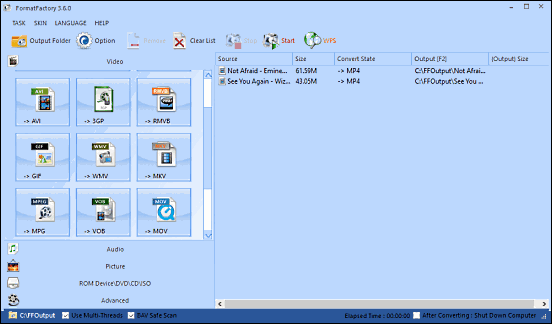 It does take a while getting used to, but once you get a hang of things, Format Factory is actually a pretty solid video conversion application. True to its name, Format Factory lets you process through a diverse array of video formats with the efficiency of an industrial facility. Just like many other applications on the list, it comes with a whole bunch of conversion profiles for a number of devices and platforms, and also includes standard presets for common formats such as MP4 and AVI. To get started, all you have to do is click on an output format from the left pane, and add the video file(s) to be processed. At this time, you can also specify advanced options for both video and audio, such as bitrate, resolution, and audio channels. Once everything is done, hit the Start button, and Format Factory will handle the rest. It compatible all major video formats, such as MP4, WMV, AVI, SWF and FLV. In addition to that, a whole bunch of audio and image formats are supported as well. 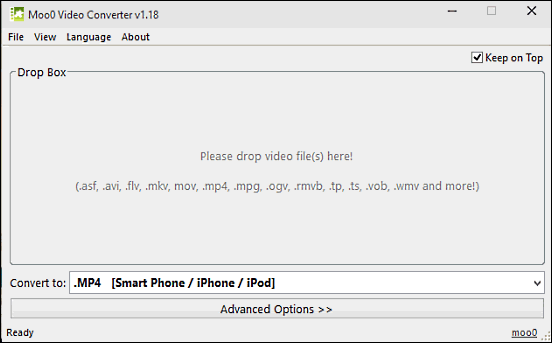 The software applications discussed above are perfect for all your video conversion needs. Take them for a spin, and let me know what you think in the comments section below.