I’m almost on the verge of jumping off my chair in sheer excitement as I’m composing this article. Being a geek who practically swears by everything that’s Microsoft, this is almost as exciting for me as the Second Coming of the Christ would be for any Christian.

Cortana is the new digital virtual assistant from Microsoft, on the same lines as Apple has Siri and Google has Google Now. It comes in Windows Phone 8.1, which is a couple of months away from being shipped in consumer devices. So, you might not get to experience Cortana for quite a while, but you can read all about it here. 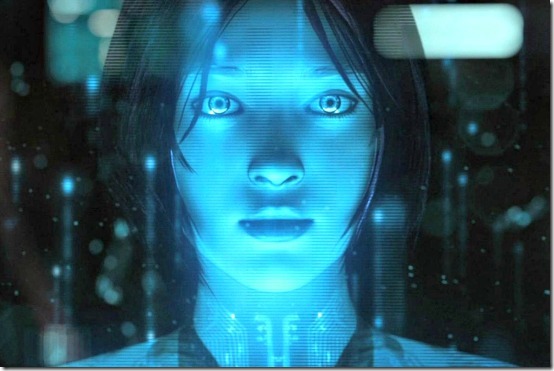 After months of teasing, leaks (intentional or accidental) & rumors, it’s now official. Few hours ago, Microsoft finally took the wraps off one of the most hotly anticipated updates to its mobile Operating System (Windows Phone 8) at its BUILD Conference in San Francisco, CA.

I’m sure every die-hard HALO gamer knows who (or what) is Cortana. But not everyone has played the best-selling game franchise that single handedly revived the flagging sales of its XBOX gaming console (No wonder initial version(s) were ported to PCs). For those who are unaware, Cortana is the name of the Artificial Intelligence that guides the player (Master Chief anyone?) throughout the HALO gameplay. Visualized as a glowing blue-ish girl having digital circuit paths with information flowing through them imprinted through her entire body, Cortana has become the signature face of HALO game franchise with a dedicated fan following numbering  into thousands all over the gamer community.

And with Windows Phone 8.1, Microsoft has brought the same digital AI as a virtual assistant to its mobile OS platform, even giving her the same name as her Halo counterpart (her or it, depending upon whether you prefer to think of Cortana as a female character or AI; I would prefer a girl, though).

Windows Phone 8.1 introduces a laundry list of features with each warranting its own article(s), which will be coming in the following weeks. But I’m here to introduce you all to probably the most talked about feature of Windows Phone 8.1. I’m talking about Microsoft’s own Artificially Intelligent Virtual Assistant for WP Platform.

Cortana is not just a well known name amongst geek community. The lack of a smart virtual assistant on the Windows Phone platform has kept a lot of potential users from trying out Windows Phone. Even though the number of users actually using Virtual Assistants on their smartphones is fairly low, but we all know people buy smartphones based on how many “features” they have, even when they know they won’t use 90% of them anyway. With Cortana, Microsoft has filled that gap, making Windows Phone an even fiercer competitor in the Smartphone OS arena. Till now, iOS users have boasted about Siri, Android faction chants “OK Google”. Cortana gives Windows Phone users something like that (Though personally, I totally dig the name Cortana)

Cortana can help you with a lot of things with your Windows Phone smartphone. All you have to do is press the capacitive (or virtual, in newer announced devices) search button, and Cortana’s UI will show up. From there, you can either type what you want to get done, or just tap the microphone icon and say it. Cortana will take care of the rest. 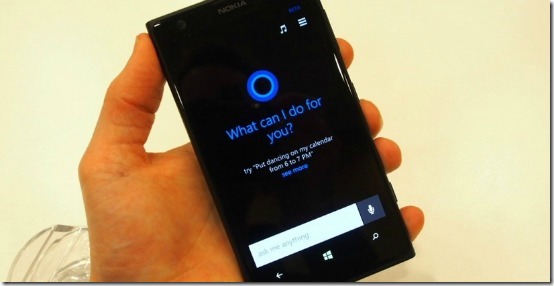 Here’s what you can do on your Windows Phone 8.1 powered smartphone, all thanks to Cortana:

Although Cortana has just been announced and will be stepping into an arena where players like Siri and Google Now have been for quite a while now, but in my opinion, it’s going to give them a really hard time, especially considering how good it is in its first iteration. Microsoft’s Windows Phone OS is a really great mobile OS, and Cortana (and WP8.1 overall as well) are going to be really instrumental in cementing its share of pie in this incredibly competitive field.

I haven’t really had the chance to go hands on it, since WP8.1 won’t start rolling out to consumer devices until a few months (per Microsoft), but expect some really detailed reviews once it does.

What do you guys think about Cortana, or Windows Phone 8.1 in general? Are you excited about it? Do let me know in the comments below.