qr.new is a free online QR code generator with text in code pattern. Here you can use this simple and straightforward tool to create QR codes on the fly for various forms of information. It lets you create a new QR code for an image, link, a piece of text, and Venmo. You can easily create a QR code with any of the aforementioned information and download it on your PC. And along with all this, you can specify the text in patters in the center of the QR code. And this feature is what makes it a unique QR code generator of its kind.

There are a lot of QR code generators out there such as QR with custom logo, QR in vector format, and many other but the one here that I have mentioned is quite unique as here it lets you use a text pattern instead of a logo. The website is simple and you can generate any number of QR codes easily. For now, it only gives you PNG image as output but I hope that in the later updates there will be more features. 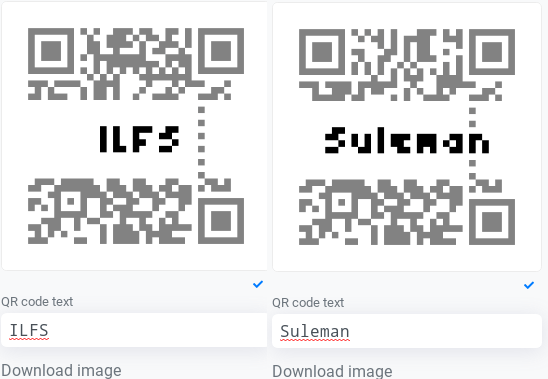 This QR code generator doesn’t require you to register or sign up for an account. You can just reach the homepage where and then start using it right away. The main user interface looks like this. In the beginning, you only have to specify input data type to generate QR code. 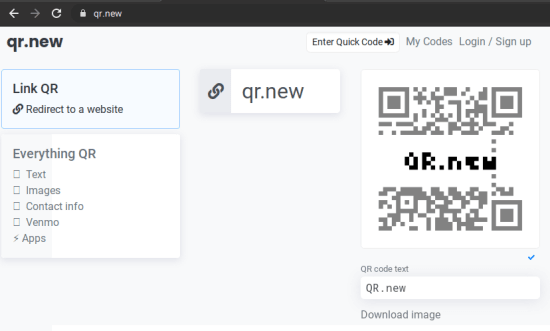 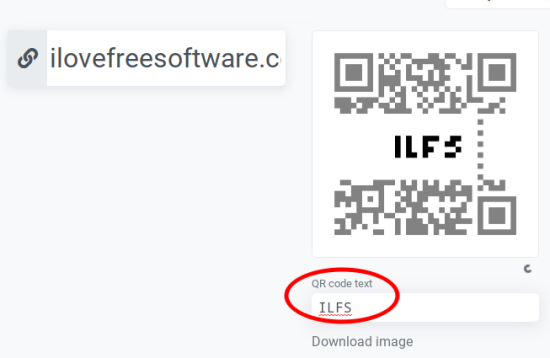 In this way, you can use this simple QR code generator with text in code pattern. Just generate QR code for anything and specify a custom text based logo or pattern.

There are literally tons of QR code generator tools out there and I am surprised to tell this that none of them provide text in code patters. Text patters are useful in many cases. And if you are looking for a QR code generator with text pattern then you are at the right place. Just use qr.new and generate QR code for almost anything.