LoopSeque is a free iPad application that lets you create music. The application is very simple to use and provides you with tutorials on how to create music. With this application, playing music is like a game. You can create multiple beats and switch between them accordingly to create melodies of your own choice. Without even reading the tutorial, I was able to create an average melody.

LoopSeque Application is in Lite version and you need to upgrade to the pro version for using some of the advanced tools but not having them in no way hampers the ultimate experience of the music created. 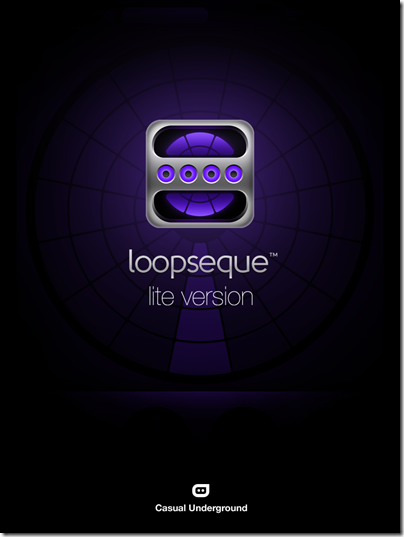 Using LoopSeque at first instance can be a bit problematic. With heavy words being used and a totally new interface, it can be hard to grasp hold of it but after having a look at the tutorial, its really easy. On opening the app tap on Master Class to open the tutorial. Tutorial will guide you through the usage pattern of the application and will also cover many demo tunes for you to learn from. Basically there are four wheels which tweak the complete music. They are the Drum Wheel, Bass Wheel, Perc Wheel and the Lead Wheel. 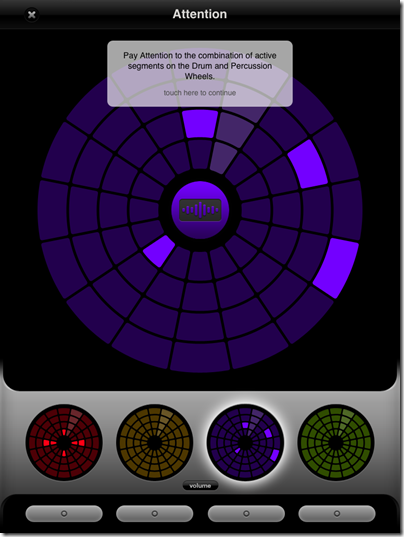 The combination of these wheels produces different effects and hence a melody is created. In order to create an effect on the wheel you have to tap on certain parts of that wheel which will have an impact on the intensity of the particular effect. Detailed explanation for all this is given in the tutorial. You can also tweak the reverb effect, cutoff and repeater while you create a project of your own. 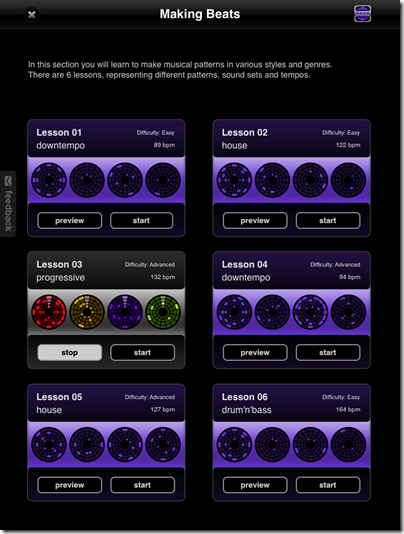 You can also create different versions of the same effect and then with a single swipe can change them in the song to have a dynamic song. Any effects can also be turned off completely by a button at the bottom of the wheel to understand its impact on your song. After you are done with the creation of the music you can simply go to further editing in which the volume of the music, bit rate of the song, and the specific parts you want to edit can be changed. You can also like the Facebook page of LoopSeque to find other people who create music and upload it. 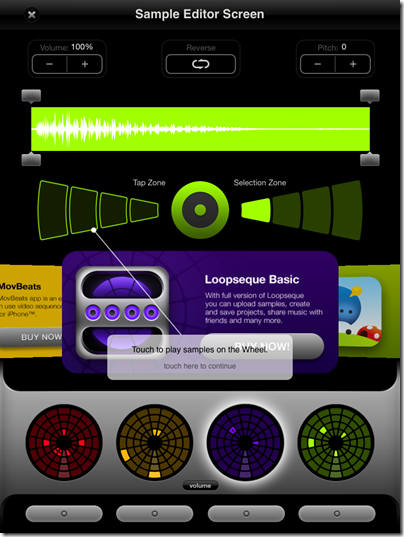 The application, unlike its competitors, is pretty easy to grab a hand on. It is very simple to use. The constant advertisement of ‘other products’ of the same company and the pro version are a bit annoying at times. After using this application one surely gets a DJ like feel. So if you are a music-aholic and want to create your own music, go for this app.

One good thing about this application is that it is quite impossible to commit mistakes on it because every sound combination that comes out from it has a musical effect of its own.

LoopSeque for iPad can be checked out from here.