In this article, I will talk about 5 free dirt bike racing games for Android. All of these games are quite addictive and fun to play. These games offer you different kinds of dirt bikes, biker costumes, and many more upgrades which you can unlock as you will progress. Some of the games also offer multiplayer mode so that you can battle it out with real players from around the world and prove your mettle.

Besides all the above, there are also various achievements to unlock via Google Play Games. So let’s get started with each of them. 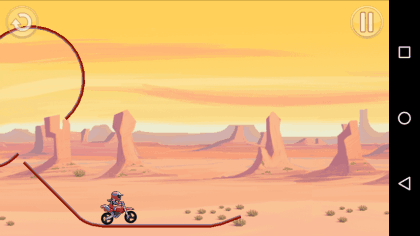 Bike Race Free is the Android dirt bike racing game which offers both single, multiplayer, and tournaments gameplay. The single mode is unlocked by default, but the rest of the two are needed to be unlocked by clearing the levels in single mode. There are more than 10 levels with each of them having multiple tracks for you to ride your dirt bike on. Each of the tracks are difficult in their own way and are designed in such a way that you will be performing a lots of stunts while riding on them. Whenever you will complete any track, you will earn stars on the basis of time taken by you. You can then use those stars to unlock higher levels and other upgrades. 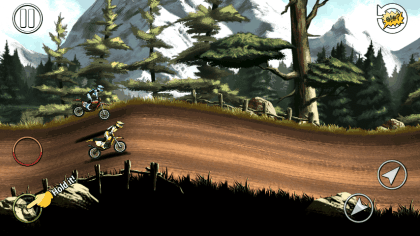 Mad Skills Motocross 2 is the dirt bike racing game for Android which gives you the feel of professional racing. For single player mode, the game has the career mode. In this mode, there are 5 levels: Novice, Intermediate, Expert, Master, and Pro. In each level, there are multiple races which you have to win. In each race, you will compete with a bot dirt bike racer. You have to race such bots on different kinds of tracks. There are XP points for you to earn which you can use to buy new bikes and upgrade their performances to battle it out against the best.

Apart from the single player career mode, there is also multiplayer mode. In this mode, you can choose to play against the random players or with anyone of your friends. 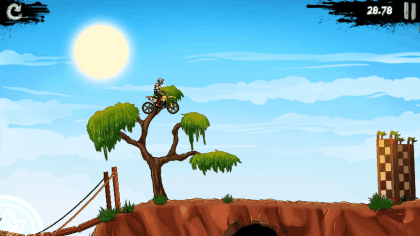 Bike Rivals is the game which is pretty simple in terms of gameplay, but quite difficult one in terms of tracks. The game has only single player mode with multiple tracks. You have to complete each track in least possible time to earn stars. But the twist is that each of the tracks has various obstacles which will appear unexpectedly. So you will need to show your driving skills to make sure that you avoid them and complete the race as soon as you can. 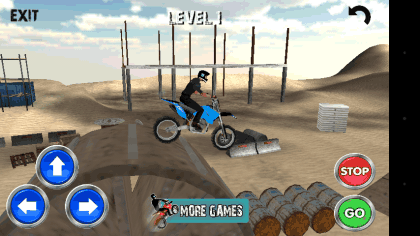 Dirt Bike is the dirt bike racing game for those who loves 3D graphics. There are 20 levels for you to unlock. Each level has track full of ledges, pipes, cranes, and other obstacles. You have to use the on-screen controls to ride the dirt bike and control it. There’s nothing else. Simply, start riding the bike and complete levels as fast as you can. It is a good game to kill some time when you’re getting bored. 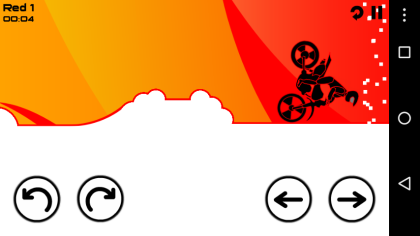 The last app in the list is Max Dirt Bike. The game has various levels with only the first of them being unlocked. You have to unlock the rest by completing the races. The races are very easy in the beginning, but they go on to become difficult as you will progress. So keep playing the game and enjoy around 80 challenging levels.

These are the 5 free dirt bike racing games for Android. Check them out and share your experiences with me.