We will be using “Microphone” app to use Android phone as mic. The app lets you use your Android microphone as PC mic to communicate through your PC. The app transfers your sound though 3.5mm audio cable from Android to PC and then to your friends or family. Do note that there will be a slight lag in the voice transfer from Android to PC.

Steps To Use Android Phone As PC Mic:

Step 1: Download and install “Microphone” app from Google Play Store. You can also scan the QR Code below. 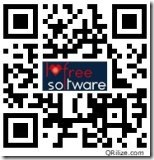 Step 2: Connect your Android phone via 3.5 mm male to male headphone jack with your PC. The audio cable should be connected in the mic input jack of your PC.

Step 4: Tap on the mic image on your Android screen. 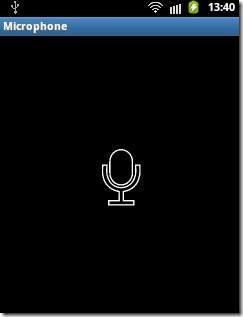 Step 5: Now speak in front of your Android mic and your other chatting friend will listen to your voice.

The app works awesome on Android phone except the limitation that the voice lags while you speak using Android as your PC mic. Also, you need a 3.5 mm audio cable to transfer sound from Android phone to computer. Other than those, this Android app works very well to transfer sound from Android to PC, and can be used as PC mic.The app doesn’t need any internet connection while transferring your audio from Android to computer. The audio is totally transferred through 3.5 mm audio lead.

You can check the post on tutorial to use Android phone as keyboard and mouse.