This is a quick tutorial to explain how to run CMD.exe using system account on Windows 11.

There can be many reasons why one wants to open CMD as a system user. There are some settings and files on Windows that only the SYSTEM user can modify or delete. One example is the core system files and services. If you want to modify those, then you need SYSTEM level access. Unfortunately, that is not really possible when you logged in as a local user.

There were ways to do it in the earlier version of Windows. But those do not work in Windows 11. And if you are specifically looking to do this on Windows 11, then here I have mentioned a simple tool to do this.

How to run CMD.exe using system Account on Windows 11?

The previously known methods no longer work on Windows 11 due to unknown reasons. Probably there’s been a change of codebase that is preventing local users to open Command Prompt as a system user.

To launch CMD as system user, we will use a Nirsoft Freeware called AdvancedRun. If you are interested in its other uses then we have covered that. Luckily, this tool still works and can help you open the command prompt as system user.

Download AdvancedRun from here and launch it. The main interface of this tool is very simple and looks like this. 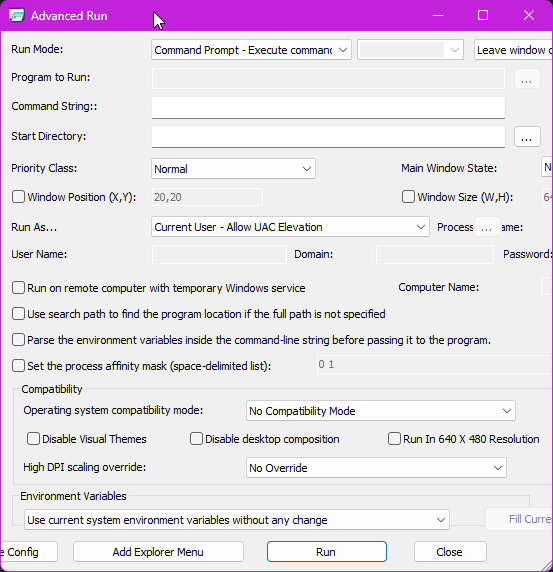 From the dropdown at the top, you just select the Command prompt – Execute command or batch file of Windows Command Prompt (cmd.exe) option. Next, from the Run as dropdown, select SYSTEM User. 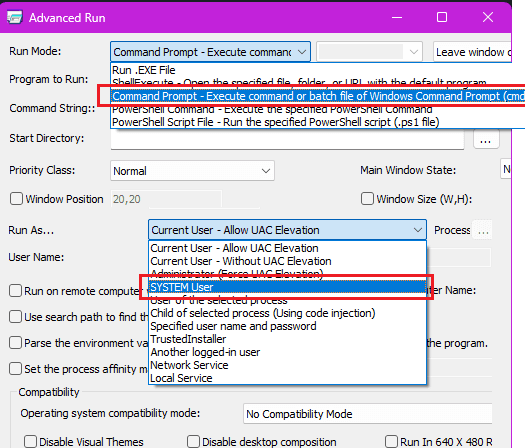 Finally click on the Run button and then a command prompt window will now open. This is the command prompt running as a system user. To verify that the CMD is opened as system user, issue whoami command and then it will tell you name of the current profile name. 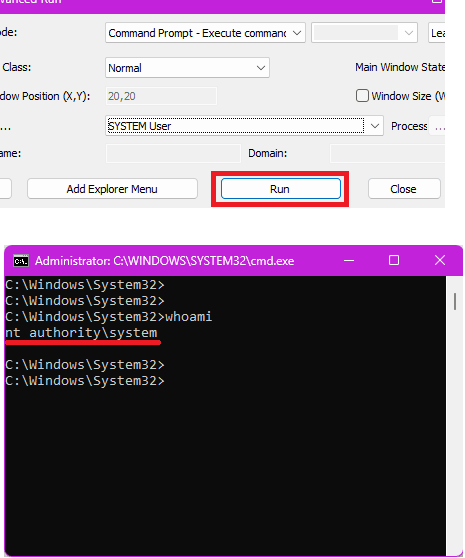 This is as simple as that. In this way, you can now open command prompt on Windows 11 as a system user. Once you open CMD as system user then you can do operations on PC that are only permitted to the system user. For example, you can delete system files or simply delete Windows.old folder from C drive.

As a sysadmin or network engineer if you often have to open the Windows command prompt as a system user then this tutorial can help you. And not just CMD, but using Advanced Run, you can also open PowerShell and Run as a system user. If you are previously using PSExec tool then which is now not working on Windows 11, you can rely on AdvancedRun.