While digging up the internet, I found these 2 tools that will take you on an interactive ISS virtual tour. These virtual tours of ISS have been created by stitching 360 degree photos of inside of ISS to create panoramic view. The virtual tour in these online tools have been created based on different modules of ISS. While taking the tour, you will get to know about various interesting facts related to ISS.

While one of the ISS virtual tour program has been provided by European Space Agency, the other one is from Google. So, you can rely on both of them.

Here Are The Two Online Tools To Take Virtual Tour Of ISS: 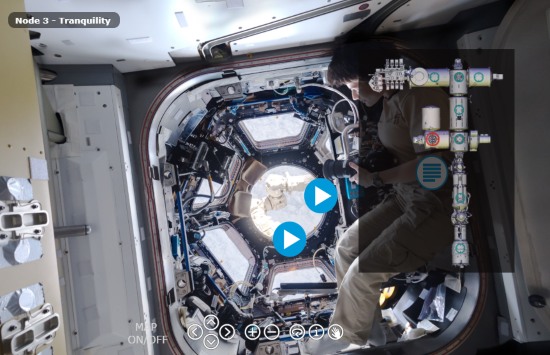 ISS Virtual Tour by ESA (European Space Agency) takes you on an interactive virtual tour of ISS. On the small panel on the right, you will view the layout of ISS. Using this layout, you can visit the nodes of ISS. When you are in a node, you can look around the node to take a complete 360 degree view. You can zoom in or zoom out to view inside of a module carefully. In each module of ISS, you will find various informative videos and informative dialogues. You will get to know about various components/instruments, and how they work.

Go through each module and gather as much information as you can about the ISS. This virtual tour of ISS is created with high definition imagery and is definitely better than its Google’s counterpart because of its intuitiveness. 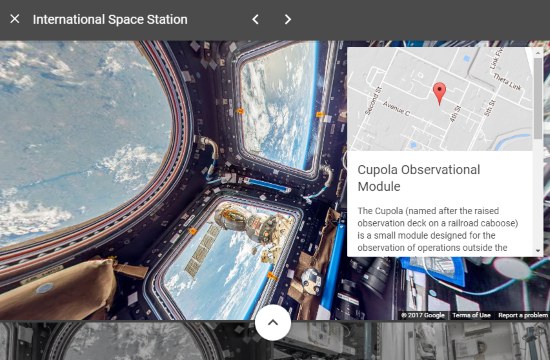 As you open the virtual tour page of ISS, you will view various sections divided on the basis of modules of ISS. You can click on one of the modules to begin your virtual tour. This will open the 360 degree panorama view of the opened module. Along with the panorama, you will also view a small box with descriptive text about the module.

When a module’s virtual tour page is open, you can drag your cursor around to look around. You can also zoom in and zoom out to carefully view the imagery. To go to another module, click on the round button at the center of bottom panel.

Although Google’s virtual tour is a good tool, but not as informative as ESA’s.

Both of these tools for virtual tour of International Space Station are pretty good at what they do. While one is good from informational point of view, the other is good for its imagery.